70% of Mideast frauds by insiders; Most are committed by graduate degree holders

Home 2012 February 1 70% of Mideast frauds by insiders; Most are committed by graduate degree holders

Nearly 70 per cent of frauds in the Middle East companies were perpetrated by insiders who have been with the company for three to five years, according the latest survey on economic crimes in the region.

PricewaterhouseCoopers’ (PwC) Middle East Economic Crime Survey released on Monday showed that “69 per cent of respondents indicated that most serious fraud incidents were committed by internal perpetrators, who are typically profiled as male, between 31 and 40 years old, a graduate degree holder and has been with the company for three to five years.” 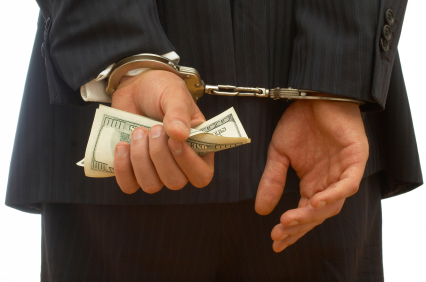 Around 28 per cent of businesses and other organisations in the Middle East reported economic crime in the last 12 months. The top four types of economic crime cited were asset misappropriation, bribery and corruption, cybercrime and accounting fraud.

In the survey, 39 per cent of respondents in the Middle East projected that their organisations are likely to face bribery and corruption in the next 12 months, a rate that is much higher than the global average of 23per cent.

Furthermore, the survey reveals that fraud detection mechanisms in the Middle East are not as robust and two in five respondents reported that their organisations have not performed a fraud risk assessment in the last 12 months.

Though the direct cost of economic crime to an organisation can be difficult to gauge, almost half of Middle East respondents reported that incidents of fraud cost their organisations between $100,001

Victims of economic crime also reported significant collateral damage due to fraud including significant negative effect on their reputation and brand (26 per cent), employees’ morale (23 per cent), their business relations (20 per cent) and their organisation’s share price (6 per cent).

Commenting on the findings Tareq Haddad, PwC Middle East Forensic Services Partner, said: “It is possible that more organisations in the Middle East suffer from economic crime but lack the robust detection mechanisms that would allow for accurate reporting. This is evident by the results of the survey that showed that 17 per cent of known fraud was detected by accident compared to the global average of 8 per cent.

This emphasises the need for more robust fraud detection and investigation mechanisms in organisations in the Middle East.”

The survey was based on a series of interviews with C-suite executives, senior vice presidents and heads of departments in UAE, Bahrain, Egypt, Iraq, Jordan, Kuwait, Lebanon, Libya, Oman, Qatar, Saudi Arabia and the West Bank Region. 26 per cent of the respondents represented listed companies, 25 per cent represented government/ state owned enterprises and 42 percent represented organisations with more than 1,000 employees.