Business Ethics – Ethics in the Workplace

Ethics are about making choices that may not always feel good or seem like they benefit you but are the right choices to make. They are the choices that are examples of model citizens and examples of the golden rules. We’ve all heard the golden rules: Don’t hurt, don’t steal, don’t lie, or one of the most famous: Do unto others as you would have done to you. These are not just catchy phrases; these are words of wisdom that any productive member of society should strive to live by.

In our personal lives, most people try to do exactly that. Ethics are thought of by many people as something that is related to the private side of life and not to the business side. In many businesses, having ethics is frowned upon or thought of as a negative subject. This is because business is usually about doing what’s best for number one, not about what’s really the right thing to do. You probably are already feeling uneasy just reading this. 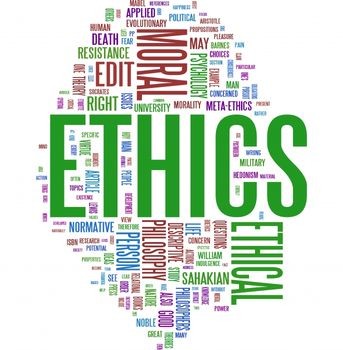 Take ENRON, for example. Were the actions of ENRON CEO a good example of ethics? No. But, what they WERE was a CLASSIC example of two things: One, those actions displayed how ethics were not used in any way. Two, their actions painted a grim and realistic picture of what can happen when ethics are neglected. Had ethics been considered in the first place by the leaders of the company, there would have been no scandal. If ethics were used on a daily basis in every company, there would never be scandals.

Martha Stewart comes to mind when speaking of ethics. Again, there is a feeling of uneasiness when dealing with this topic. But, why is it like that? Ethics are supposed to improve our lives and invoke good feelings. Perhaps the reason ethics is such a sore subject is because they are so often poorly used, if used at all.

Ethics are making a comeback. To begin with, more and more corporations and businessmen and woman are now realizing that ethics are not checked at the door when entering the workplace. Ethics have every bit as much a place in the public as they do the private. How is it there should be separate sets of ethics, depending upon whether it is your personal life or your work life? The answer is that there should not be a separate set and in light of recent events that we see on our television sets as of late, more and more companies are realizing this fact.

Some companies are incorporating ethics into their training. It is is a subject that can go hand-in-hand with business and when employees and CEO’s alike understand what ethics are about, business can improve. Not only will the community take note of the ethical nature of a business but also so will customers.

Periodic reevaluations are suggested in ethics training as well, since times change many things that some would never consider ethical or non-ethical. For instance, when the first computer hacker sent a worm into a university computer system and crippled the entire network, it was considered a prank more than an unethical act. Computers were new, at the time and no one had ever been able to do such a thing before. With new times comes new technology and new ways of doing things. Ethics will still play a part of it all and refreshing ethics training only strengthens what has already been learned, when new ages come about.

In the end, it’s all about what a person understands about ethics. Many university curriculums are now heavily applying the teaching of Ethics and for good reason. Young minds will take this information into the workforce and understand that ethics need to be applied there as well as in the private sector. Corporations will be able to avoid embarrassing scandals that are presented all over the national news. Small business will be able to keep and attract more clients and customers. Negotiations between businesses could be accomplished with more consideration for the other company in mind, which would only help both.

Above all, a high level of ethics in your business should be in place at least for the customers. If anything, it is the customer that should be considered the most when it comes to ethical business practices. In the long run, a company will reap great profits from a customer base that feels it is being treated fairly and truthfully.