Michael Woodford: Here's Why Corporate Fraud Is Easier In Japan

The British executive who exposed a $1.7 billion fraud at Olympus talked with us yesterday about the pitfalls of the Japanese corporate culture.

Michael Woodford fears there are more Olympus’s out there.

Worse, he says Japan’s culture of deference does not make him optimistic about the country’s looming debt crisis. 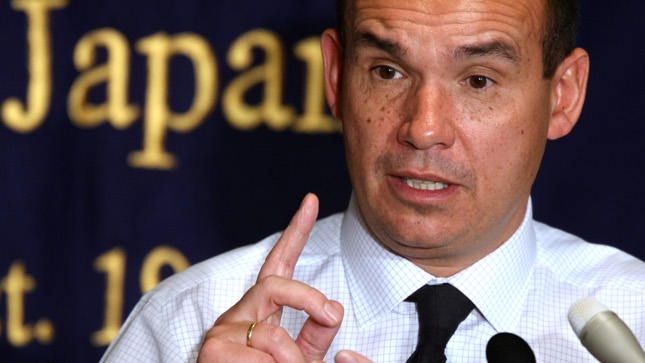 Woodford was the first foreign salary man—someone who has devoted his career to a single corporation—to be promoted to president of a Japanese company.

“Being a salary man is a very important thing in Japan, like fidelity in a marriage,” Woodford says. “You would think a salary man would be considered someone who wasn’t very bold, but in Japan that is what they look for.”

“Ive read about the former Goldman director in the press. I’m not going to say greed and wrongdoing is unique to Japan. There are scandals in Europe, Siemens, Worldcom, Enron. Human nature is what human nature is. Individuals will act in a way that is wholly unacceptable. That’s not exclusively Japanese,” Woodford says.

“What is Japanese is the culture of deference and obedience. These qualities make hiding corrupt transactions much easier. You have people blindly following leadership. I saw even more of this after I made it public.”

“At first the Japanese media didn’t pick it up at all. They’re very self-censoring,” Woodford says. “It took an overwhelming barrage of me banging drums and repeating points in the media. In Alice In Wonderland Japan people think they can just ride these things out.”

“Even after chairman Tsuyoshi Kikukawa resigned, the person who took over for him went before the press well into November and stood up and defended those two payments despite their being so transparently ludicrous. That would never happen in New York! People like you would be throwing cabbages.”

“If this scandal tells you anything about Japan, it doesn’t make one optimistic that Japan will adapt to the challenges it faces,” Woodford says. “Japan has terrible demographics… and a debt-to-GDP ratio that makes Greece look like it’s in wonderful health. It’s only sustainable because the Japanese buy government bonds.”

“Without a Westerner who could articulate and express the problems and was willing to risk his career, to risk anything, the Olympus scandal would never have gotten out. How many more Olympus’ there are is a matter of speculation.”

This is an ominous thought for Japanese stocks.

“It makes a mockery of Prime Minister Noda’s claim that Japan is the same as any other capitalist country.”