Those two words might seem like an oxymoron in the wake of housing bubbles, credit crunches, robosigners and whistle-blowers.

But to the 145 companies that made this year’s list of World’s Most Ethical Companies, they are a way of life.

A product of the Ethisphere Institute, a business ethics think tank, the list recognizes companies that go beyond legal compliance to create an open, fair and engaging company. The list includes heavy hitters such as American Express, General Electric and Starbucks. 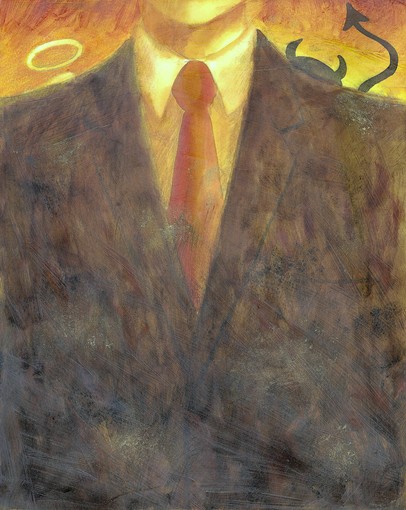 Q: Why is the delivery of your company’s ethics message successful?

Tropp: Every week I go to different parts of the company — 112 offices in seven countries in 2011, 109 offices in four countries in 2010 — and talk to them about our values and then shut up and listen. And they tell me their concerns — what they like about the company, what they’d like to change — and I go back to Itasca and sit down with (Chief Executive and President) Pat Gallagher and tell them what they said. That’s direct feedback. Are we doing the things we said we’d do?

It’s all about communication and making sure they know the things that we wrote down really do matter. People get that. When someone who reports to the chairman gets on a plane and goes to Roosevelt, Utah, with four employees, they get it that this is important. People believe in this stuff.

Hightman: It’s about encouraging the people who report to you to do the right thing and report misconduct if they see it. You’ve got to have a culture that rewards people for doing the right thing.

We have probably one of the best codes of business conduct, which is the foundation. It really sets forth our values and core principles of how we do business. We have extensive reinforcement and have upped the ante in terms of the composition of our compliance group. They’ve done a great job, have instituted a lot of communications to employees. We have a great portal on our intranet, send out reminder cards of what’s required for them to their homes. This is all happening at the same time we started issuing an annual sustainability report.

Q: How can companies ensure its employees take ethics seriously?

Werhane: At first they think yes, it’s a silly little public relations (stunt). When they realize they’re really serious about this and people get fired who do unethical behavior, it makes a difference. It means that the companies are really interested in this and it matters a lot.

There are also a lot of training programs companies can try. Some companies have ethics games and videos. I think all of those can work, but you can’t just do them once.

“Tone at the top” is a saying, but it does really matter. Obviously, top management sets the tone and model, but it’s tone anywhere, even tone in the middle. There are no secrets in companies. Employees know when you’re doing something questionable. It matters what you, as a manager, do because people are going to copy you. Once in a while, you have to fire someone who does something really questionable.

Tropp: When they see me come in, they think, “Who is this guy? I gotta sit through an hour meeting with him.” But then … when I come back the second time, they say, “Hey, I remember when you were here a year and a half ago.” On the second and third time, they know it’s for real. If I’m in a meeting and an employee raises an issue that I think we need to address and they have an answer in 48 hours, they know I went into the chairman’s office. It gets dealt with.

Hightman: Our CEO sends a letter reminding them about our ethics and compliance program, our ethical training, and lets them know about the tools to report any wrongdoing or if you have any questions. When it comes from the CEO and it goes to your home, it catches your attention typically.

Q: What kind of feedback do you get from employees?

Tropp: I probably get 25-30 contacts a week from people around the world. Usually in the form of an e-mail. I get a lot of good input from people in the field. They know I have the ear of the chairman. I have no power whatsoever in the company, but I know where it sits.

Hightman: People at the company are comfortable reaching out without any kind of retaliation. It’s a good thing as opposed to a bad thing for corporations to get reports of potential wrongdoing from employees. We have anonymous hotline calls. I’m the senior executive; you can call me, or you can send a letter. You want to make sure you can get some of this feedback because if you don’t get any, people are afraid to come forward. If you get too many, that’s a problem. A little less than half of the complaints that come in are substantiated. They’re typically valid issues, not just someone with an ax to grind. A lot of it has to do with misuse of IT resources, like being online when you shouldn’t be, which is a violation of our code of conduct. We apply discipline when appropriate. (Firing when ethics are violated) is not the norm, but it happens.

Q: Is this why your company made the list?

Tropp: When the Ethisphere began publishing this list, I made it a goal to get on there because I knew we were the kind of company to get on there. We’re very unique. There’s probably only a handful of the Fortune 100 companies where the ethics person is not a lawyer. I studied ethics and philosophy at University of Chicago. We have 13,000 employees, and we can get each of them to focus on the environment and do simple things like making sure the cups (our cafeterias) serve coffee and tea in are rain forest-alliance certified. It doesn’t cost any more.

Q: What are the benefits of good business ethics?

Werhane: You’re able to employ the really top-notch people if you can just keep your nose clean. It makes a huge difference in morale and to customers. As customers, we could be much better at punishing companies for bad ethics, saying, for instance, I don’t need to invest my money with a firm that doesn’t (practice good ethics). Vanguard and BlackRock keep pretty clean. They’re not perfect. There is no perfect company and no perfect human being. It’s when you see the repeat repeat repeat of companies in the news.

Tropp: People want to do business with you. It has a positive impact on our bottom line. Like Immanuel Kant said: It doesn’t matter what the results are, it’s about the motive.

Q: Do you have an example of a situation when your company was faced with an ethical dilemma?

Tropp: Eight years ago, we opened a processing center in India. Many of our employees felt it was unethical to send jobs to India. They confronted me with that on my office visit. It was a challenge to explain what we really had in mind and the difference was we weren’t sending jobs, we were sending work to India. We had to explain it was necessary to do that to keep expenses in line and free up time for professional staff to do processing work. It was something I encountered early in my travels. Pat Gallagher responded immediately when I brought that back. I would say that today, (from a not-yet-released survey) about 85-90 percent of employees think that decision was a good one.

Werhane: It’s so easy to make money in this country, compared to other countries, and there’s no need to be unethical. It gets you in the news.

Take the subprime mortgage crisis. You could make a very good living selling mortgages. You don’t have to lie. You can sell those to people who are lower income if they know what they’re doing.