External social pressure has become a major driver in business ethics. This is especially true for small businesses in smaller communities. Companies need to give strong consideration to social expectations in the areas of general community involvement and environmental responsibility. The information age has contributed significantly to this increased importance of social pressure as word spreads quickly when companies fail to adhere to social standards. 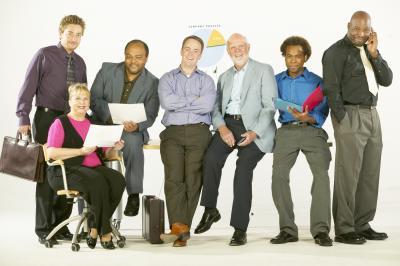 The concept of business ethics has evolved significantly over time. Historically, it referred to operating a business in a way that does not break the law or violate any major moral guidelines. In the early 21st century, business ethics has broadened to include more proactive efforts toward good citizenship and honest business practices. This is based largely on societal expectations that companies meet demands for honest treatment of customers, community involvement and charitable giving, fair working conditions for employees and environmentally friendly business activities.

Going Beyond the Law

In the past, company leaders used to give consideration to ethics only to the extent that the company stayed within legal parameters. Without the Internet and mobile devices, word did not get around as quickly if businesses engaged in some other questionable practices. In the latter half of the 20th century, some companies included social responsibility in their missions as a way to distinguish themselves from the competition. Ben & Jerry’s Ice Cream and furniture retailer IKEA are two examples. Now, companies have to be socially responsible to avoid public pressure.

The emergence of the Internet in the 1990s helped spark social pressure on businesses to emphasize community involvement and socially responsible business practices. In the early 21st century, your business can simply not afford to ignore external social pressure. If you say or do things that go against socially accepted norms, the Internet and other means of rapid communication allow the community to rise against you. Communities also expect your business to contribute financially and otherwise to the populations from whom you derive your income. This often causes companies to get involved in education and other prominent social activities that they can promote. Depending on the size of your small business, your activities might be limited but still have high visibility.

One of the ways communities can use social pressure to influence company ethics is by hitting them where it hurts — the bottom line. Leveraging the ability to mobilize quickly, communities have been able to organize boycotts in certain circumstances to force businesses to reconsider social or environmental decisions. Some companies, for example, have changed certain processes to better preserve the environment based on pressure from environmental watch groups and the public in general.

Neil Kokemuller has been an active freelance writer and content media website developer since 2007. He writes regular feature articles for LiveCharts and has been a college marketing professor since 2004. He has four years of additional professional experience in marketing, retail and small business, and he holds a Master of Business Administration from Iowa State University.