* Four out of five businesses worldwide commit to ethical performance

Four out of five businesses worldwide have committed to ethical performance, but rhetoric does not always match reality, according to a report from the American Institute of CPAs (AICPA) and the Chartered Institute of Management Accountants (CIMA).

Managing Responsible Business, a global survey of almost 2,000 Chartered Global Management Accountants (CGMA) in nearly 80 countries, found 80 percent of organisations provide a code of ethics to guide employees about ethical standards in their work, up from 72 percent in 2008. 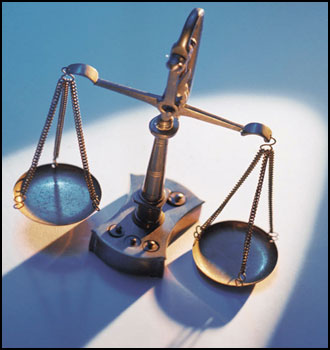 The report found a weakened ‘tone from the top’ and more pressure on financial professionals-especially in emerging economies to act unethically.

However, only 36 percent collect ethics information such as the number of employees attending ethics training and actions taken on hotline reports. Since ethical performance can only be managed with the right information, this suggests ethical practice falls short of stated policy, according to the report.

Neither senior management nor boards of directors seem to be reviewing, analysing and monitoring ethics information at the level recorded four years ago.

In 2008, 86 percent of senior management and 68 percent of boards reviewed ethics data, according to the report. In 2012, it was 78 percent and 56 percent, respectively.

This ‘weakened tone from the top’ comes as more than a third of those surveyed, 35 percent, said they sometimes or always feel pressured to compromise their organisation’s standards of ethical conduct.

This compares to 28 percent of respondents in 2008. The pressure is most pronounced in developing economies such as Malaysia, 54 percent and India, 51 percent, and lowest in the UK and US, where 18 percent of those surveyed feel pressure.

“Positive steps have been taken to build the architecture for ethics through codes and policies, but pressure to act unethically persists and companies across the globe continue to be faced with the challenge of strengthening ethical culture from the top,” said AICPA President and CEO Barry Melancon, CPA, CGMA.

Geography and company size are key factors in the findings, with larger companies from more developed economies generally having more advanced ethics programmes. US companies, for instance, are most likely to monitor or evaluate ethical standards, according to the report.

Charles Tilley, FCMA, CGMA, Chief Executive of CIMA said, “Management accountants play a critical role in linking the objectives of the organisation across the whole business and are therefore well-placed to constructively challenge how things are done and offer an objective view. They are in an excellent position to be the ethical conscience of their organisation.”

CGMAs and Ethical Performance: The main ways CGMAs say they contribute to management of ethical performance are by upholding their professional code of ethics, 86 percent, ensuring the integrity of management information 83 percent and leading by example 80 percent.

Pressures to Act Unethically: Asked how likely various situations were to result in pressure to compromise standards of ethical business conduct, those surveyed identified the top situations as working with colleagues from different functional areas within the organization, meeting reporting deadlines, compiling management accounts and dealing with customers.