There are rarely yelling matches in business ethics. So it’s something of an event when anything other than collegial respect is on display. A recent New York Times article by essayist and critic William Deresiewicz entitled “Capitalists and Other Psychotics” and a strongly worded blog response by leading business ethicist Chris MacDonald, have brought some bare-knuckled entertainment to our usually civilized business. Deresiewicz argues (based on some admittedly limited academic studies) that capitalism is ethically suspect and its practitioners closer to psychotics than saints.  MacDonald responded that capitalism is impossible without trust and reciprocity. 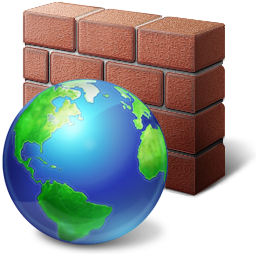 MacDonald also argues for an understanding of context, but he misses an important nuance of Deresiewicz’s argument:  if you spend your competitive life thinking and acting selfishly, there’s a good chance this worldview could infect other parts of your business and your life.  This debate, regardless of which side you come down on, is instructive for those of us in ethics and compliance. We know that the primary predictor for ethical behavior in business is corporate culture.  Deresiewicz points out that the competitive world of capitalism is built on some assumptions about behavior that, at best, should only apply in the competitive arena.

Selfishness, competitiveness, and greed, which Deresiewicz and MacDonald both agree animate the capitalist enterprise, are not characteristics found within healthy corporate cultures. The most spectacular ethical failures have occurred in firms that have tried to import “market discipline” from the competitive world into the internal lives of their companies: Enron, Lehman Brothers, and Global Crossing, to name but a few.  MacDonald is right to suggest that ethics can vary from business context to business context.  But it is naive to imagine that the ethics of the competitive marketplace won’t infect the corporate culture if steps aren’t taken to prevent it.

Corporate culture doesn’t happen by accident, and the world of business is awash in incentives to behave badly (at least in the short run).  A firm that is serious about ethics and compliance will need to be intentional about creating a culture that removes these incentives and instead rewards trust, cooperation, and shared sacrifice for the sake of the firm.  A positive corporate culture acts as a firewall against the selfishness and greed that often rule in competitive environments.  Paradoxically, it is only with such a firewall in place that a firm can compete fairly in the dog-eat-dog world of market capitalism