Business executives are increasingly willing to make cash payments to win business internationally, according to a new survey released Wednesday.

Of the more than 1,700 executives polled by Ernst & Young for its annual fraud survey, 15% said they were prepared to make cash payments to win business, up from 9% in the previous survey. 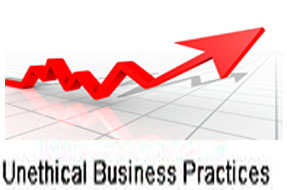 “Executives, especially those in many mature markets, must overcome a certain degree of institutional fatigue about anti-corruption compliance initiatives,” David Stulb, global leader of Ernst & Young’s fraud investigation & disputes services practice, wrote in the report. “This is especially critical given that this year’s survey shows that tolerance for unethical conduct has increased in the last two years.”

The study found that 47% of the 400 chief financial officers surveyed felt they could justify potentially unethical practices to help business survive during an economic downturn. Those practices included giving cash payments, using entertainment and giving personal gifts to win business. And, 16% of CFO respondents said they did not know that their company can be held liable for the actions of third-party agents.

According to Ernst & Young, the survey highlighted the need for stronger internal corporate controls. The study found that 81% of the respondents said their companies had anti-corruption policies in place, but 42% said they had not received training on those policies. Meanwhile, 44% of respondents said that background checks were not being performed on third party-agents.

The study also examined regional trends and found that corruption is still a widely used business practice in the developing world. In Brazil, 84% of respondents said bribery is a widespread business practice, in Indonesia –72%, Mexico — 60%, India — 70% and China — 14%. Overall, 39% of the respondents said bribery occurred frequently in their country.