Is Reputational Risk a C-Suite Priority?

Finance chiefs tend to underrate the importance of preserving their companies’ good names – until something really bad happens.

The importance of reputational risk to a company and the methods of quantifying it are frequently studied and debated. One recent survey, however, found that reputational risk is not rated a top concern among company executives.

The 2012 Excellence in Risk Management Survey, a study released this spring by the Risk and Insurance Management Society and Marsh, the big insurance broker, found that members of the C-suite who were polled globally placed brand and reputation as number 16 on their list of concerns. Their top concern was legal or regulatory shifts. Cash-flow liquidity was ranked second. 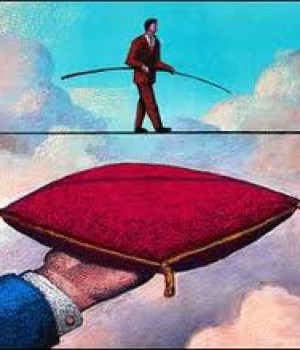 But one CFO whose company had a close call has no doubt about the value of reputation and the lengths to which a company should go to protect it.

Elisha W. Finney, CFO of Varian Medical Systems in Palo Alto, California, recalls what happened two years ago, when her company was portrayed in what she sees as a negative light in a New York Times article.

The article, “Radiation Offers New Cures, and Ways to Do Harm,” published in January 2010, cited Varian software. Varian is a leading global manufacturer of medical devices and software for treating cancer and other medical conditions. “The article talked about radiation therapy and how, unfortunately, a few patients were injured with radiation — this is with over two million treatments a year. There was some pretty negative press on the entire radiation industry,” she says.

According to the article, in one case in which a patient died, government investigators blamed St. Vincent’s Hospital in New York for failing to catch an error and Varian for its flawed software.

Varian has been able to recover its reputation, Finney says, because of its swift and thorough actions. “We got a media-relations firm to help us regain any lost trust,” she says. “We talked to our customers first and foremost and explained our focus on quality and product development and what we were doing to change our products going forward.”

Reputational risk, she adds, is something “every company should be concerned about. It’s something that all of our executive team is keenly aware of, whether it’s through regulatory affairs and [U.S. Food and Drug Administration] issues, government affairs, making sure we’re in compliance with anticorruption laws, or product-liability issues.”

The most difficult part, she notes, is quantifying reputational risk or attaching a dollar figure to it. “It’s almost impossible,” she says, adding, “If our reputation is at stake, we’re going to spend those dollars, without some hard-and-fast return-on-investment analysis.”

Richard Chambers, president and chief executive officer of the Institute of Internal Auditors, notes, “Every organization faces reputational risks, and I don’t think enough attention has been paid to it. It can be devastating to the shareholder value and devastating to an organization’s revenues.”

While reputational risk cross-cuts most risk categories, it needs to be “considered separate and apart from the other risks,” he observes. While there are mitigation and response strategies for a specific risk, the reputation of the products or services in the marketplace must be considered, he says.

Robert E. Hoyt, a professor of risk management and insurance at the Terry College of Business at the University of Georgia, observes that a good deal of research has been done on reputational value. “The issue has taken two tracks,” he says. “One track is to measure reputation through the satisfaction of stakeholders — a qualitative approach.” The second and more reliable perspective, he says, is to “ascribe an intangible value to reputation — a thing beyond the hard physical aspects of a firm.”

Some of the research has looked at whether a firm has “a high valuation relative to its tangible assets or to the hard revenues the firm is currently generating. That additional valuation would be ascribed [in part] to reputation,” says Hoyt. While reputation is but one aspect of that value, “the literature has typically said it would be arguably highly correlated,” he adds.

An example, Hoyt says, would be what’s happened to JP Morgan Chase, whose CEO and chairman, Jamie Dimon, had been viewed as bulletproof. But once it became apparent the company had engaged in some trades and transactions “that might have called into question that reputation, their stock price dropped significantly — much more than the actual value of the losses on those trades.

How much to spend to protect a reputation is a great conversation for boards, says Hoyt, “but at the end of the day, it’s good business management that really matters.” If you’re a board member, “you can say you need to be better informed about risk management, or that you need to focus more on reputation. The answer is that probably all of this matters.”

Caroline McDonald is a freelance journalist who has written about risk management and the insurance industry for more than 15 years.