Ethics in the workplace: why bad business is bad for business

Home 2012 July 25 Ethics in the workplace: why bad business is bad for business

Business schools inculcate an attitude that there is little more imporant than keeping your profits high and your losses low. Maximising shareholder value is the name of the game, and pesky corporate ethics – and even the law, if you think you can get away with it – must be jettisoned if they get in the way. But this isn’t just bad for society; it may harm the very foundation on which economics rest.

Although ethics courses are taught in business schools, a recent Bloomberg op-ed by University of Chicago Business School professor Luigi Zingales points out that they are treated very much as secondary subjects, tought by low-ranking professors, perpetuating the idea “that ethics are only for those students who aren’t smart enough to avoid getting caught.” 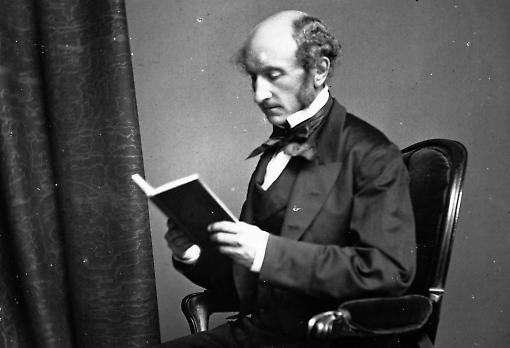 And it gets worse. The overwhelming push to view everything in cold monetary terms leaks into other courses where it is absolutely inappropriate. Zingales writes of a collegue, Gary Becker, who teaches the economics of crime. Comparing the expected value of success to the cost of punishment multiplied by the chance of being caught results in many crimes looking like quite good uses of your time (although not bank robbery, which, a recent paper in Significance magazine showed, only pays around £12,000 while resulting in jail in around a fifth of attempts). But Becker’s students took that descriptive model as prescriptive: “They perceived any failure to commit a high-benefit crime with a low expected cost as a failure to act rationally, almost a proof of stupidity,” writes Zingales.

It’s not hard to see the direct link between the prevailing attitude at business schools and the recent actions of HSBC, which just admitted in a Senate hearing to transporting $7bn from Mexico to the US, ignoring “red flags that the volume of dollars included proceeds from illegal drug sales in the United States”. HSBC clearly took a view of the potential profit and loss that could be made by weakening their adherence to money laundering regulations, and decided that the trade-off was worth it, without taking into account the broader societal reasons why those regulations are a good idea.

But even if they decide that it’s not the best idea to act criminally, it’s still problematic if we have a class of high-powered business people who think that ethics is for weaklings. Focusing too hard on the black and white difference between illegality and legality erodes all the shades of grey between “things you should do” and “things you shouldn’t do”. You aren’t allowed to use slave labour to build your products in Britain, but is that really the only reason you shouldn’t? That line of thinking often results in desperate attempts to prove that things which are undesirable are also unprofitable, leading to arguments that slavery is unprofitable, or BP would make more money if they stopped drilling up oil. Those things may or may not be true, but do we really want to base our prescription of how business should behave on changeable facts? If it suddenly became profitable to own slaves – say we find a really good way of making Battle Royale-style control collars – does that make it OK?

The fact is, the general undercurrent of ethics that we all live our lives by does extend to businesses. Any one of us could, if we wanted, steal from a hundred unattended coats, bags and desks every day, but we don’t. Nor do we only keep promises when we have signed contracts, or only tell the truth if there is regulation making us do so. Similarly, many businesses have ample opportunities to, both legally and illegally, increase their profit. You can hold off paying invoices until you are served notice, encourage interns to work for free – or pay to work – and just generally be nasty. And while some don’t take them, a growing number do.

A survey from “whistleblower law firm” Labaton Sucharow showed that 24 per cent of senior executives in US and UK finance said they believed “financial services professionals may need to engage in unethical or illegal conduct to be successful”. We can safely assume that the number who believe that they need to engage in unethical but not illegal conduct is higher still.

But if you end up with a business system where a large proportion of people are acting unethically, then things slowly fall apart. Everyone starts lawyering up, as “verbal contracts” and “gentlemen’s agreements” are replaced with real contracts exhastatively negotiated. What were ethical obligations become legal obligations, and where the legal system can adapt fast enough, it jettisons the parts that are holding it back.

Take, for example, the “charity tax”. The idea of using the tax system to reward philanthropy is something which, on the surface, makes sense. But then individuals who believe that they have a moral obligation to pay as little tax take advantage of it, the charities commission is forced to crack down on “fake charities” and eventually, pressure hits the government to remove the exemption.

The same pattern happens time and again. The safe-harbour exemption in copyright law is there to enable sites with user-generated content to exist; but it gets abused to justify wilful piracy, and SOPA is introduced in an attempt to remove it. “Carried interest” allows American investors to not pay full income tax on capital gains, but hedge fund managers abuse it to pay themselves tax free, and the “Buffet rule” is suggested. And the BBA allows banks to self-report their rate of borrowing, until Barclays mis-reports their rates for financial gain and ideas for post-Libor regulation involve billion-dollar mandatory loans.

Bad business is bad for business. In the long run, either they tighten up, or they force the law to do it for them.