More than 100 West Bank business owners have signed on to end tolls on the Crescent City Connection.

Many spoke out Tuesday in the parking lot of the CCC offices. 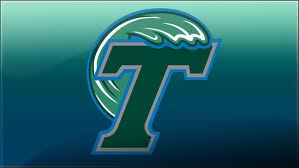 “We kept our part of the deal and the government needs to keep their part,” said state representative Pat Connick of Marrero.

After 14 years, tolls on the bridge are set to end on December 31, unless voters decide to renew them for another 20 years.

“I think I’ll vote for to keep them,” one man said as he pulled onto the bridge. “I like what they’ve done with the money.”

A woman said she feels it’s time for the tolls to end, that the bridge is paid for.

Some business leaders hope to convince other voters to end them.

“Over the past 15 years the waste and abuse have continued. A design contract with Peters Road has never materialized,” said Mark Zimmer of Citizens Against Tolls.

Todd Murphy with the Jefferson Chamber of Commerce doesn’t dispute every argument the opponents are making.  He says the chamber is appalled at what happened over the past few years. But he adds, “It’s not just about a bridge.  It’s two bridges and 13 miles of roadways. I think it is absolutely irresponsible not to say ‘yes’ to keep the money coming in.”

The Crescent City Connection is the fifth busiest bridge in the country, and over the years $400 million in revenue has come from tolls and into state coffers.

“Our taxes are going somewhere else. Our toll money has been wasted and we’re left with nothing,” said Pat Connick.

The tolls are supposed to be used for bridge operations, maintenance, landscaping lighting and grass cutting.  Those fighting tolls say those things will still be done without paying extra for them.

Voters in Orleans, Jefferson and Plaquemines Parishes will decide on the tolls’ survival on Election Day, November 6.