Simply put, compliance-based business ethics have some rules attached to them, either by law or as company policy. In either case, employees are obliged to comply with those rules. Some of these laws (like Securities and Exchange regulations) apply only to publicly-traded companies. Others, such as occupational safety and health laws, apply to public and private companies. Compliance-based is not the only category of business ethics; values-based ethics comprise another category. 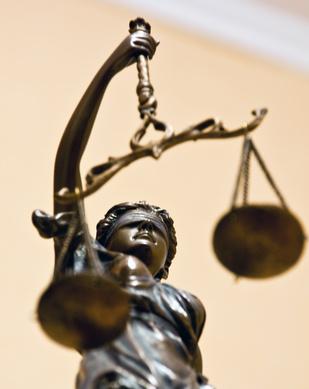 Regardless of how an ethics policy is conceived, ethics programs are developed “as organizational control systems, the aim of which is to create predictability in employee behavior,” according to Ferrell and Fraedrich in “Business Ethics: Ethical Decision Making and Cases.” (See References 1)

Ferrell and Fraedrich describe two types of ethics programs, compliance and values-based (also known as integrity based). The compliance-based system uses legal terms, training, rules of conduct, and penalties for noncompliance. The values-based system relies upon self-policing and motivation, rather than coercion. “The company’s values are seen as something to which people willingly aspire,” note Ferrell and Fraedrich. Ethicists sometimes refer to these two forms of ethics as the “carrot and stick.” Values-based ethics are a “carrot” that the organization pursues willingly, while compliance-based ethics are a “stick” used to beat ethics into the organization.

Neither form of ethics by itself ensures an ethical corporation. Consider that in the rash of corporate scandals in 2002 featuring Enron, WorldCom and Tyco, all three companies were self-policing. A successful example of a balance between compliance and values-based ethics is displayed at the software-as-a-service (SaaS) company salesforce.com. Salesforce Chief Executive Officer Marc Benioff built ethics into the organization from its founding. His 1-1-1 model dedicated 1 percent of employees time; 1 percent of profit; and 1 percent of product to philanthropic efforts. Before the company went public on the New York Stock Exchange in 2003, it practiced compliance for a year, hiring a finance officer and an accounting firm to monitor it closely. (See References 2)

A key element of compliance-based ethics is transparency. Do auditors, and shareholders, have the ability to police the company and get straight answers? Companies like ExxonMobil and Monsanto not only conform with regulations on transparency, but also practice “tactical transparency.” Anyone, shareholder or not, can attend an ExxonMobil annual meeting and question executives. Monsanto, which takes heat from activists and non-government organizations for its products, allows executives to be accessible by email or telephone. “They have no choice but to be open and accountable as possible,” said Dominic Jones of the investor-relations publication IR Web Report. “Without that, they are not going to be trusted.” (See References 3)

The 2002 Sarbanes-Oxley Act (SOX) is a strong example of compliance-based ethics. Congress enacted this legislation in response to the 2002 financial practices at Enron and Worldcom that enriched executives and defrauded stakeholders. SOX outlines specific rules for corporations, including separating the roles of board chairman and chief executive officer (CEO); requiring CEOs to certify financial statements; defining prison terms and fines for falsified statements; and requiring ethics codes be registered with the Securities and Exchange Commission (SEC). The downside of this legislation is its cost, which estimates that a $5 billion corporation will spend nearly $5 million to initiate compliance, and $1.5 million a year thereafter.

This article was written by Dan Antony  and originally published on smallbusiness.chron