Developing a risk management strategy to control funded status volatility and implementing liability-driven investing strategies are the two biggest priorities for corporate pension plans this year, according to a survey from SEI. 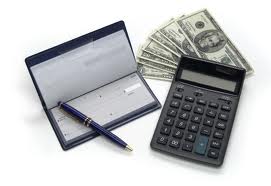 Controlling funded status volatility was the highest priority for the fourth straight year and follows a year when aggregate pension deficits reached a record high despite strong market returns.

“Plans continue to be in a defensive mode on this interest-rate issue,” Mr. Waite said. “It’s really wearing on plan sponsors.”

The rest of the top five priorities, in order, are providing senior management and boards with a long-term pension strategy, minimizing pension operating costs and developing a strategy to aggressively improve plan funded status.

Mr. Waite said the big takeaway is that companies are giving more attention to the large impact pension plans are having on overall corporate finances and balance sheets. Nearly 60% of respondents’ pension plans are closed or frozen. That means those corporations are pumping money and internal resources into the plan without having as much of a strategic benefit such as recruiting employees, Mr. Waite said.

Thirty-five percent of respondents said increased interest rates topped their “wish list” for 2013, followed by a fully terminated plan, 25%, and fully funded plan, 16%. Also, 16% cited terminating the plan as a target risk-reduction strategy for this year. Mr. Waite said it is not surprising that companies are looking to terminate plans, but that actual terminations likely will not be prevalent until interest rates rise.

Sixty-three percent listed LDI as a risk-reduction strategy for 2013, followed by lump-sum payments to terminated vested participants, 47%, and closing or freezing accruals, 31%.

In a separate report, NEPC’s 2012 Corporate Pension Plan Trends Survey found that 70% of corporate plans use some form of LDI, the same as the year before, and 97% have at least considered it.