British companies, already major investors in the country’s oil and mineral wealth, are warned they face major challenges if they want to be seen to be investing responsibly, and respecting human rights. 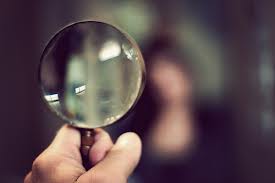 Giving It Away: The Consequences of an Unsustainable Mining Policy in Colombia says safeguards are urgently needed as the country moves to triple the size of its mining industry in the next decade.

Colombia supplies 55 per cent of the world’s emeralds, as well as being a significant source of gold, silver and platinum, and a leading coal producer.

Of particular concern is the way expansion could be used to legitimise the forced displacement of many thousands of people during decades of civil conflict. Much of the land they inhabited has now been parcelled up into mining concessions.

‘The drive to have Colombia known regionally as a ‘mining country’ is being undertaken before land restitution policies have been implemented, increasing the difficulty of returning stolen lands to those who have been forcibly displaced,’ says the report.

Present expansion policies, which include the creation of Strategic Mining Areas to be auctioned off to foreign investors, could also put at risk the rights of indigenous and Afro-Colombian peoples, as well as threaten ecologically sensitive areas, and compromise land reserved for agricultural use.

Proposals to cut corporation tax for mining companies from 33 per cent to 25 per cent are also condemned, the report pointing out that even with the higher tax rate, mining companies made more from tax exemptions than they paid in tax and royalties in 2007 and 2009.

The report says the risk to companies of reputational damage by benefitting from human rights abuses is ‘high’.  Case studies it carries ‘demonstrate that despite well-elaborated Corporate Social Responsibility (CSR) policies, UK-based mining corporations do not always operate in a socially responsible way.’

ABColombia’s Programme and Advocacy Manager Louise Winstanley explained:  ‘Despite the context of human rights abuses and the risk of corporations inadvertently infringing human rights,  some British corporations investing in Colombia already appear to be benefiting from weak governmental institutions to make even higher profits.

‘Given the potential for human rights violations, environmental degradation and the destruction of ecological capital that mining corporations can cause, it is essential that corporations are held to account for their behaviour overseas.’

If the UK is to uphold the spirit of the UN Guiding Principles on Business and Human Rights, the report adds, it needs to introduce new legislation providing access to the UK judicial system for communities in developing countries to protect them from corporate abuses by UK companies.