After Scandals, U. of Miami Gets a Top Compliance Officer

Home 2013 February 19 After Scandals, U. of Miami Gets a Top Compliance Officer 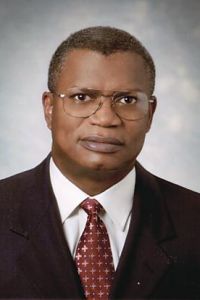 The university in Florida is one of relatively few major institutions where one compliance officer oversees so many highly regulated areas. In a written statement, Miami’s president, Donna E. Shalala, said Mr. Green’s position was added because of the “increasingly complex regulatory and compliance environment” and the need for centralized oversight.

Mr. Green, who is known as Rudy, says he’s looking forward to building a program from scratch. Most compliance programs fall into one of two camps, he says. “One approach is ‘Follow these rules and everything will be all right,’ while the other focuses on cultivating a culture in which people act ethically.” He prefers the cultural method.

“We’re there to help the organization—not to make people feel apprehensive with an ‘I got you’ kind of approach,” he says.

In his new role, Mr. Green, 59, is also responsible for ensuring that complaints to the university’s fraud hotline get handled. He reports to Ms. Shalala, as well as to the Board of Trustees’ Audit and Compliance Committee.

“Being part of the president’s cabinet reinforces the message that this is an institutionwide commitment,” says Nerissa E. Morris, vice president for human resources.

Mr. Green “brings a very thoughtful style, and he’s clear about the importance of compliance, not just operationally, but in mind-set,” she says.

As football captain at Yale University, Mr. Green got an inside look at the world of athletics that would become a key part of his university oversight jobs. He earned graduate degrees in business and law at the University of Texas at Austin. As a lawyer, he has worked in the heavily regulated cable-television industry.

Christian Spears, president of the National Association for Athletics Compliance, guesses that fewer than 10 percent of Division I universities have compliance officers overseeing all university operations. He says Miami’s approach, which will include having an athletics administrator continuing to monitor compliance issues on the ground, makes sense.

“Things are always coming up in the day-to-day world of athletics that need attention immediately,” and it is easier to develop a rapport with a compliance officer who is right down the hall, says Mr. Spears, who is also deputy director of athletics at Northern Illinois University.

Scandals involving NCAA violations, like the ones that roiled Ohio State University and the University of Miami, have prompted other big universities to expand their compliance staffs. Ohio State appointed its first centralized chief compliance officer last year, naming Gates Garrity-Rokous to the job.

Miami’s image took a hit in 2011 after a booster convicted for his role in a $930-million Ponzi scheme told Yahoo Sports that he had given dozens of the university’s football players hundreds of thousands of dollars of cash and other perks. And this month reports surfaced that an assistant strength-and-conditioning coach for the University of Miami’s baseball team may have gotten banned performance-enhancing drugs from a clinic that is under investigation by Major League Baseball.

Controversy has also swirled around the university’s health system. Critics say the aggressive expansion of the medical school, which bought a hospital across the street from the main county-run hospital, has hurt the public hospital—an accusation university officials deny.

Asked whether tension between the hospitals would require much of his attention, Mr. Green said “it was the elephant in the room.” He planned to meet with the hospitals’ compliance officers early on “to make sure the lines of communication are open.”

Ms. Morris says it’s useless to speculate whether some of those problems could have been avoided if the university had had a chief compliance officer, but, she adds, “I can say that it’s going to be an enormous help moving forward.”