Corby's lack of compliance threatens to extend her sentence

Schapelle Corby’s lack of compliance in prison is threatening to extend her sentence after jail governor Ngurah Wiratna appeared to publicly lose patience with her yesterday. 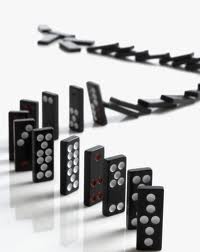 Prisoners rely on the governor to commend them for good behaviour when twice-yearly cuts in their sentences are handed out.

But when Corby, who was convicted of smuggling of smuggling 4.1kg of marijuana into Bali in 2004, failed to turn up to an event held by the Governor in Kerobokan prison on Wednesday afternoon, he called her out by name.

Mr Wiratna had ordered all able-bodied prisoners into the yard to address them on the subject of “zero mobile phones, zero bribes, and zero drugs”. Of the 130 female prisoners, only three neglected to turn up — two because of ill health, and Corby.

To media after his speech, Mr Wiratna said: “If a prisoner neglects their duty [to be involved in prison activities] they can forget about their rights”.

“One Indonesian female prisoner was sick, which was confirmed by the doctor. [British death row grandmother] Lindsay Sandiford claimed she didn’t feel well … Corby didn’t show up and she had no clear reason.”

“Prisoners can’t just ask for their rights when they never join or show up for prison activities,” Mr Wiratna continued. “It will all be taken into account.”

In the Indonesian system, remissions of sentences are given twice a year — two months at Christmas (for Christians) and up to six months at Indonesia’s Independence day in August. For Corby, if the governor recommends full remissions and they are accepted, it could cut two years off her sentence, allowing her out in 2015 rather than 2017.

Ms Corby is also now eligible for parole, but has not yet applied for it because of uncertainty over what her immigration status would be.

But Mr Wiratna even appeared to threaten that.

“Parole is not up to me, but the parole team will take into account how active a prisoner is at joining prison programs, their behaviour and so on.”

Corby is notorious for avoiding the public gaze. She rarely leaves the women’s block, and has not for a number of years engaged in prison activities where there is a danger of a member of the public or media seeing her. She is rarely, if ever, seen in the visiting room.