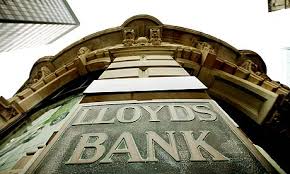 Lloyds said Elderfield, currently deputy governor of the Central Bank of Ireland, would become director of conduct and compliance at the part-nationalised British lender.

Elderfield said earlier in April that he would step down from his role with Ireland’s central bank after three years in the job. He was hired in 2010 to overhaul a watchdog which had failed to rein in years of reckless lending.

This article originally appeared on independent