The U.S. Securities and Exchange Commission accused the city of Harrisburg, Pennsylvania, of making misleading statements to municipal bond investors as its financial condition deteriorated in 2009. 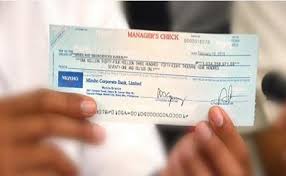 The city, Pennsylvania’s capital, agreed to implement remedial measures in settling the claims, which related to statements in its budget report, annual and midyear financial statements, and a State of the City address, the SEC said yesterday in a statement. The city wasn’t assessed a financial penalty.

Harrisburg failed to provide certain financial information and audited statements from 2009 to 2011, leaving investors to rely on other public statements for information about the city’s finances. The case marks the first time the agency has sanctioned a municipality for misleading statements made outside of its securities disclosure documents, the SEC said.

Harrisburg Mayor Linda Thompson said her administration cooperated fully with the SEC’s investigation and has “completely revamped” its policies for financial disclosures.

“These new policies and procedures are designed to ensure that accurate and complete financial information regarding the city’s finances is made available to investors and the public in a timely manner,” Thompson said in an e-mailed statement.

The city of about 50,000 defaulted on debt it guaranteed and lost a bid for bankruptcy. Harrisburg’s fiscal woes stem from an overhaul of a trash-to-energy incinerator that didn’t generate enough revenue to pay off its debt. Dauphin County, of which Harrisburg is the seat, and bond insurer Assured Guaranty Municipal Corp., a unit of Hamilton, Bermuda-based Assured Guaranty Ltd. (AGO), have covered the payments Harrisburg skipped since 2009.

The Brazilian government is planning to propose banning soccer teams from selling player-transfer rights to investors, a key source of revenue for many of the country’s cash-strapped clubs.

The plan is part of a wider bill that will be sent to Congress to improve the financial state of Brazilian soccer, the sports ministry said in an e-mailed statement. Clubs have unpaid tax debts of about 4 billion reals ($2 billion), according to Vicente Candido, a member of the ruling Workers’ Party on the lower house sports Committee.

A group of 21 Brazilian teams have joined to fight any ban on so-called third-party ownership plans which allow investors to loan clubs money in return for a stake in the future transfer rights of players. Soccer’s global governing body, FIFA, said it is discussing rules to stop the growth of the practice around the world. The European soccer federation, UEFA, has said it will wait to see what FIFA decides, and if that body fails to introduce a ban, the European group will do so. Europe is soccer’s biggest market and accounts for the majority of trades in the sport’s annual $2.5 billion transfer market.

Traffic has invested more than $75 million in the rights of about 60 players since it was founded in 2007.

Soccer is split over whether action should be taken against player investment, which has mushroomed since emerging in South America in the 1990s. Although banned in France and England, the practice is now common in Europe as clubs look for alternative sources of income. Investment funds say they are stepping in place of banks, and their arrangements should be seen as loans.

Separately, the UEFA regulation that big-spending teams such as Manchester City and Chelsea must come close to breaking even is being challenged by lawyer Jean-Louis Dupont, who successfully overturned rules on player transfers in 1995.

Dupont is representing Daniel Striani, a Brussels-based player agent who lodged a complaint yesterday with the European Commission, claiming the rule breaks competition law, according to a statement from Dupont’s office.

Fannie Mae (FNMA) and Freddie Mac (FMCC) are being asked by their regulator to limit purchases to loans meeting qualified-mortgage requirements and those exempt from Dodd-Frank Act ability-to- repay rules.

The change announced yesterday by the Federal Housing Finance Agency means that beginning Jan. 10 next year, the U.S.- owned companies won’t purchase interest-only mortgages, loans with 40-year terms or those with points and fees exceeding thresholds set by the Consumer Financial Protection Bureau.

The government-sponsored enterprises will continue to buy loans that meet their own underwriting and delivery eligibility standards, FHFA said in the statement. Most loans purchased by Washington-based Fannie Mae and Freddie Mac of McLean, Virginia, already meet qualified mortgage standards.

The two banks have failed to comply with standards established for processing homeowners’ loan modification applications, Schneiderman said yesterday in a statement. He said he plans to sue the banks unless a monitoring committee set up to enforce the settlement’s terms takes action.

Bank of America and Wells Fargo were among five lenders that entered into the settlement with 49 states and the U.S. government. The deal sets standards for servicing mortgage loans and provides homeowners with relief including loan modifications. It followed a probe by state attorneys general into claims of abusive foreclosure practices after the housing bubble collapsed.

Schneiderman, citing 339 documented violations related to the timeline for processing mortgage modifications, said he notified the settlement’s monitor, Joseph Smith, and a monitoring committee of his intention to bring a claim. The committee may pursue its own action against the banks for the alleged violations, according to the statement.

Laura Brewer, a spokeswoman for Smith, said his office is waiting to hear the complete public statement before responding.

“Through March we have provided relief for more than 10,000 New York homeowners through the National Mortgage Settlement, totaling more than $1 billion,” Rick Simon, a bank of America spokesman, said in a statement. “Attorney General Schneiderman has referenced 129 customer servicing problems which we take seriously and will work quickly to address.”

Vickee J. Adams, a Wells Fargo spokeswoman, said it was “unfortunate that the New York attorney general has chosen this route rather than engage in a constructive dialogue through the established dispute resolution process.”

“Wells Fargo has helped more than 70,000 homeowners across the country through National Mortgage Settlement Programs and we will continue to do everything we can to help all borrowers,” she said in an e-mail.

Credit Suisse alleged Agostina Pechi took the information in a bid to win clients for Goldman Sachs, according to a complaint in state court in Manhattan. In February and March, Pechi secretly sent e-mails with client lists and other confidential bank information from her work account to her personal in box, and printed “critical transaction documents” late at night from her office, when she was supposed to be on vacation, Credit Suisse said in the complaint filed May 3.

Pechi, who lives in New York, resigned from the Zurich- based bank on April 2, telling Credit Suisse’s human-resources department she was accepting a position at New York-based Goldman Sachs, according to the complaint.

Monster Beverage Sued by San Francisco for Marketing to Kids

Monster Beverage Corp. (MNST) was sued by San Francisco City Attorney Dennis Herrera, who made good on recent warnings to take legal action against the energy-drink maker for allegedly improper marketing to minors.

The lawsuit, which Herrera said was filed in state court in San Francisco, comes six days after Monster sued Herrera in a Southern California federal court, claiming his investigations of the company and threat to sue violated free-speech rights and attempted to improperly regulate the caffeine content of its products.

Herrera said his office had been working with Monster in good faith to negotiate voluntary changes to its youth-targeted marketing practices when the Corona, California-based drink maker abruptly sued April 29.

Evan Pondel, a spokesman for Monster, didn’t immediately respond to a voice-mail message seeking comment on the lawsuit.

The filing couldn’t immediately be confirmed independently in court records.

Monster said its drinks have less than half the caffeine per ounce of coffeehouse-brewed coffee.

Levitt Says Top Job at JPM Will Eventually Be Spilt

Arthur Levitt, former chairman of the Securities and Exchange Commission, said JP Morgan Chase & Co. (JPM) is likely to split the roles of chairman and chief executive officer in the next 12 months. Levitt talked with Bloomberg’s Tom Keene and Michael McKee on Bloomberg Radio’s “Bloomberg Surveillance.”