Leading fraud consultancy UK Fraud (www.ukfraud.co.uk) has set out 10 predictions for the domestic fraud prevention market in 2012. The predictions are:

That the NFA (National Fraud Authority) will face major political pressure to deliver a fraud strategy that will make a real difference. The government will demand that it starts to demonstrate measurable annual fraud savings. These could be expected to be more than £10 billion. Simultaneously, there will be an increasingly public tussle for funds with the government’s new Cyber Crime operation. The NFA will also face mounting pressure to adopt a more pan European and global perspective to combat fraud hitting the UK from overseas territories. 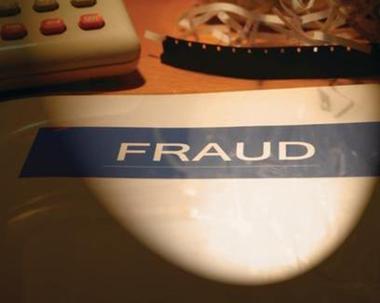 With the volume of traffic for e-commerce transactions increasing, fraudsters will target individual merchants and merchant groups. As a result, there will be:

a. More co-operation across the merchant sector.

b. More disintermediation of the merchant acquirer services.

c. Greater use and development of acquirer anti-fraud enrichment services.

d. Payment Service Providers (PSPs) will become more prevalent, with fraud solutions provided as an integrated part of the service they offer.

e. Greater dissatisfaction with many existing fraud solutions, particularly with those that are less well conceived.

The USA has now decided on its strategy for a card Chip standard (i.e. EMV). It will not be adopting PINs as the authentication method as most countries have done in Europe. The USA prefers to rely on an ‘on-line’ strategy for authorisations. So the US decision-makers will take the opportunity in 2012 to relax and unwind until they see the trauma to the system caused initially by the wider adoption of NFC-mobile enabled payments and US customers wanting to pay in Europe when visiting London 2012 Olympics.

UK Payments (a.k.a. APACS) will probably applaud a small fall in fraud for the year within the card industry. The change will be as a result of retailers continuing to implement 3D secure solutions (the code and password to finish an on-line transaction) and some bespoke fraud prevention screening solutions. However, this will belie an underlying problem that will ‘strike’ hard next year, with major breaches involving attacks on SDA/DDA, card cloning, and/or PIN compromises and tampered devices.

There will be a major shift in the presence, position and fraud service offerings of one or more of the major data-bureaux (such as credit reference agencies) as more solutions either move ‘in-house’ or move to systems developed by a host of new players in various fraud sectors.

ID theft will keep growing. We have had a banking crisis, a housing crisis; so are we now ready for an ID crisis as more and more IDs are stolen and used across the world for major frauds? CIFAS keeps us updated on identity thefts, but the problem is now gathering enough momentum to reach a crisis point.

One or two UK government departments will see a significant rise in fraud that will cause a major re-think in how fraud is handled; in both the fraud strategy in government and in what should be done about it. This could fall on HMRC with tax evasion (given the threatened recession). This has been a repeat prediction over many years, but something is very likely to crack soon as fraud in the public sector just keeps rising.

There will be increased momentum amongst insurers (or within a few key insurers) to develop a strong and credible fraud prevention solution based around the ‘front end’ (underwriting stage of business), maybe with a strong data-sharing drive.

With all the pressures on financial cuts, and global hardship; we will inevitably get to hear of the latest sensational fraud surrounding a notable individual (or two). Will it be a CEO or a politician or someone else this time? Will it be around a major insurance company, a Hedge Fund, an Olympic committee member or a Telecom chief?

Overall fraud will increase dramatically across the UK and the rest of Europe in 2012. The areas likely to be most affected include: insurance, merchants and retailers, telecoms, government departments and Local Authorities. The most common fraud activities are expected to be increased cybercrime, internal fraud, supply chain and procurement fraud.

Says Bill Trueman, CEO of UK Fraud, “Fraud prevention is in part the art of knowing what will happen in advance so making predictions is a natural part of the process. However, currently there are such enormous challenges in the financial world and also for organisations such as the NFA that we felt it would be useful to show managers in financial services, credit, insurance and the public sector the kind of issues that they might expect to see in 2012. These are only the issues that may ‘tip the scale’ as there is a raft of others that might not make the headlines. Or will they?”