There are fewer reported cases of corporate corruption in the Middle East than globally, although experts warn an under-detection of white-collar crime is a growing problem here.

A new study, with regional results released yesterday, found that 28 per cent of companies in the Middle East were victims of an economic crime during last year. That compares with 34 per cent of businesses globally, according to Price water house Coopers (PwC), which produced the report. 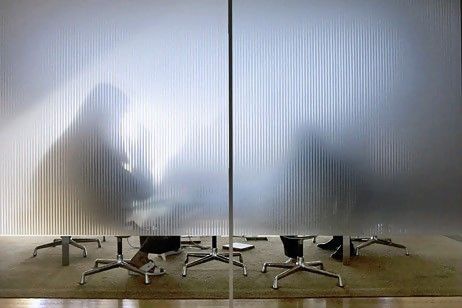 Yet more respondents in this region than worldwide – 39 per cent versus 23 per cent – say they expect their organisation will face an incident of bribery or corruption this year. “It’s perceived in the next 12 months that there’ll be more fraud in the Middle East compared with globally,” warned Tareq Haddad, a partner and leader of forensic services at PwC in the UAE.

“There are some other results that indicate that there are expectations of a higher rate of fraud happening in the Middle East,” Mr Haddad added. “But probably the main reason it’s not [higher in reported data] is entities in the Middle East do not have robust detection to report fraud.”

PwC’s study factored in more than 3,800 responses from a mix of private and publicly listed companies, as well as government-owned enterprises. These organisations were located across 78 countries, including the UAE, Saudi Arabia, Qatar, Bahrain, Oman and others within the Middle East and North Africa.

While results about corporate fraud specific to the emirates were not available, a study released in November by Transparency International ranked companies in the UAE the fifth most-likely to bribe to win business while doing business overseas.

The most common corporate crimes in the Middle East, according to PwC, include instances of asset misappropriation, bribery and corruption, cybercrime and accounting fraud. Other less prevalent problems include intellectual property infringement, insider trading, money laundering and corporate espionage.

Combined, such issues have amounted to high losses for businesses.

In the Middle East, almost half of companies indicated that fraud cost them between US$100,000 (Dh367,323) and $5 million. Some 14 per cent reported suffering losses of more than $5m. Many organisations within the region – 25 per cent – also said the risk of corruption over the past 12 months deterred them from entering into a new market.

The positive upshot is that these losses have helped spur some businesses into action.

“There are a lot of companies taking steps and devoting more technical resources to preventing, detecting and deterring financial crime,” said Lisa Kelaart-Courtney, the head of compliance advisory services in the Dubai office of Clyde & Co, a law firm.

The vast majority – 69 per cent – of businesses say an insider has perpetrated the most serious fraud within their firm, which experts say makes the argument for creating better detection all the more important.

Almost two out of every five respondents from the Middle East said that their organisations had not performed a fraud risk assessment in the past year, according to PwC. Mr Haddad said it was “alarming” that 17 per cent of businesses who reported instances of fraud in this region uncovered it by accident. That is more than double the 8 per cent global average.

Government officials in the UAE have recently been encouraging the business community to adopt new guidelines to prevent fraud, experts said. In September, the Dubai Government announced nine voluntary principles for small to medium-sized enterprises that would show a stronger commitment to corporate governance. One of the pillars includes a focus on maintaining a credible book of accounts that would be externally audited each year.

“You can have the best policy in the world and if no one will practise it then it’s worthless.”