MUMBAI: Capital market regulator Sebi has imposed a penalty of Rs 10 lakh on Keynote Corporate Services Ltd for failing to carry out due diligence as Book Running Lead Manager for the initial public offer (IPO) of Edserv Softsystems Ltd (ESL) in 2009.

According to the Securities Exchanges Board of India (Sebi), investigations have revealed that Keynote had failedto mention in the prospectus of ESL that the former had taken inter-corporate deposit (ICD) of Rs 4 crore, “and thus failed to discharge its responsibility as a BRLM in the IPO of ESL…” 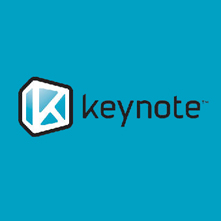 Because of this failure, Sebi said, investors could not make “informed decision” for investing in the IPO of ESL.

“It was incumbent upon the noticee to ask for any documents from ESL to verify the correctness of the statements/ disclosures made in the offer document.

“Had the noticee exercised its right as per the MoU to call for at least the bank account statement of ESL for the period of one month before filing the two due diligence certificates discussed in paras 22 and 23 it would have come to the light of the BRLM that ESL had taken ICDs amounting to Rs 4 crores,” Sebi said.

ESL’s came out with IPO on March 2, 2009 at an issue price of Rs 60, soon after the scrip touched an intra-day high of Rs 147 and finally closed at Rs 137.70. Following the abnormal jump, Sebi had directed the exchanges to carry out an examination in the captioned scrip.

The Investigation Report concluded that certain entities had violated SEBI Act/ Rules/ Regulations while dealing in the IPO of ESL.

Therefore, a Sebi official said in the order, “…I hereby impose a penalty of 10,00,000/- (Rupees Ten Lakh Only) on the noticee Keynote Corporate Services Ltd.”