WETHERSFIELD: A Wethersfield business owner is being charged for allegedly ripping off a Medicaid program and writing fraudulent prescriptions. Elizabeth M. Gonzalez, 32 of Storrs Road in Mansfield Center, faces up to five years in prison for vendor fraud.

The arrest of Gonzalez stems from an investigation following a complaint from the Quality Assurance Unit at the State Department of Social Services . According to the arrest affidavit, a 2010 DSS audit of StepRite found that the company billed Medicaid for $16,554 between October 2007 and June 2009. The billing was for orthotic footwear that was not prescribed by a physician. 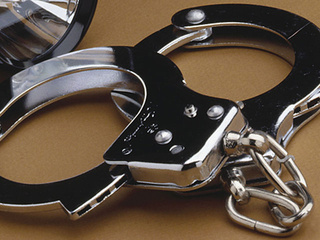 Gonzalez is the owner of StepRite in Wethersfield. Medicaid pays providers for orthotics and prostheses for the business, only if they are prescribed by a physician.

A further investigation revealed that there had been eight instances where Gonzalez allegedly, fraudulently signed the names of doctors on footwear prescription forms.

Gonzalez was released on a promise to appear. Her court date is scheduled for Feb. 22.