Is Business Ethics an Oxymoron?

Business ethics and corporate governance are the buzzwords in today’s corporate circles. It seems as though everyone is talking about them right from economic stalwarts to B-school professionals. In fact, there are courses being taught on this everywhere.

But, with the corruption scams and scandals ranging across the board – be it sub-prime crisis, the 2G spectrum fiasco or even the Commonwealth Games scandal; does anybody really follow the ethical way of transacting business? Everyone talks about transparency, accountability, managing risks etc. etc. But, are these just some baseless words taught in B-schools?

Business ethics is regarded by many as an oxymoron. “How can one be a businessman and be ethical too at the same time? – has been the biggest question on everyone’s mind since a long time now. But then, businesses have to care about ethics all the time. 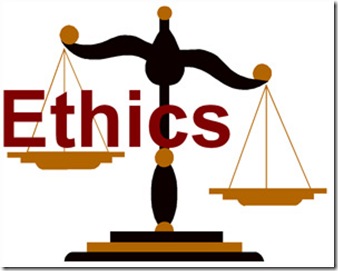 They have to take care about the ethics of their managers and employees. Fraud, embezzling money, sexual harassment etc. are some of the unethical activities against which a company has to formulate sound policies. All these are regarded as intolerable behaviors which are against the ethics of an organization’s functioning.

Businesses need to take care about the ethics because their customers are their kings. However, sometimes even customers engage in wrongful acts such as shoplifting, hacking online, cyber crime etc.

Businesses also need to take care about the ethics as they have a responsibility to the community and the government in form of helping the society, giving jobs or following rules and contractual obligations.

Moreover, ethics deals with morality and the difference between the good and the bad, the right and the wrong, the evil and not so evil. But then, who is the one to decide what is good and what is bad? Thus, this is something of a subjective matter; and hence defining ethics is the most difficult job in the world. What is good for one person may be really bad for another and vice versa.

For businesses like Union Carbide which caused the Bhopal Gas Tragedy or Monsanto which caused the Bt cotton problem, operating in such a way where they didn’t care about the safety issues may have been ethical for them. This is because they themselves knew that operating in a developing country which didn’t have stricter rules and regulations regarding production norms; and emissions standards would be much relaxed compared to other places. Generating profits at all costs was their main goal and they weren’t concerned about the damage they would cause to the environment.

But on the other hand, the Tata Group has always lived on the fact that values have to drive their core businesses. Their entire business premise is based on the fact that honesty, truth, transparency and a strong value system should always drive business strategy. But, these terms may sound like Greek and Latin to many established organizations.

According to what has always been the recognized in practice or theory, a business always exists to generate profits for any organization. But the crazy pursuit of profit has resulted in a lot of unethical acts like bribes, environmental issues, injured workers etc. However, today the companies are moving towards added responsibility to the people, community, environment etc.

This is the reason a number of organizations have started to develop their ethical business programs which prevents wrongdoers from doing something against the community. A policy doesn’t itself ensure success unless the people are involved in ensuring the survival of ethics for the business.

With increasing globalization, many new changes have taken place like the increased proliferation of technology, presence of issues like genetically modified organisms, problems regarding privacy on the Internet, hacking etc. Maintaining ethics is such a scenario is becoming really difficult for organizations of every kind.

An organization’s many goals include optimizing shareholder value through revenue and profit maximization; and only then through benefiting society. With increasing importance being given to brand image, availing services of ethical consultants is becoming really important.

Whether it was BP’s oil spill in the US or other recent economic tragedies like the recession which started from Lehman Brothers, business ethics has become really important for organizations. Even competition, media publicity, activists from NGOs has resulted in business ethics being given increased importance.

A role of a manager is defined as one who works for the profit of an organization. But it needs to be considered that this definition should involve all the variables that bring the profit factor into consideration, and not just profit. And one of the variables for the same is the importance for business ethics.

As we move forward, it’s been realized that the goal of the management in an organization is to create value and build trust. And this is why today business ethics isn’t an oxymoron anymore.