The measures come on the back of growing international pressure on Swiss authorities to act against any possible hoarding of illicit and untaxed money in Switzerland-based banks including from India.

“The focus is on enhanced due diligence requirements for banks when accepting assets as well as a requirement for foreign clients to make a declaration on the fulfillment of their tax obligations,” Swiss Federal Council, the country’s top policy-making authority has said. The new measures are expected to come in force by September this year. 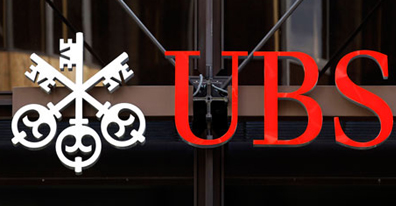 Swiss banks are known to have the strongest secrecy clauses globally, which have helped them attract the rich and mighty clients from across the world, but has also given them a ‘tax haven’ tag.

Swiss government, however, opposed the idea of ‘automatic information exchange’ with any other country, asserting the ‘bank client confidentiality’ should be respected as far as possible.

New Delhi and Switzerland have amended their tax treaty to allow India to access the information on unaccounted money for taxation purposes only though its scope has been widened to cover banking transactions.

The proposed steps include a greater international cooperation and taxation of investment income and capital gains for Swiss bank clients in the future.

“The Federal Council’s aim is to create favourable framework conditions for the Swiss financial centre that boost its competitiveness and at the same time are accepted worldwide. Abuses of bank client confidentiality should be prevented insofar as possible,” it said in a statement.

It has also proposed international withholding tax agreements for taxing the clients as per the regulations of their home country, while safeguarding their privacy.

“Despite the fact that some issues have not yet been fully resolved, there is international interest in this approach and it will be pursued by Federal Council beyond the agreements already negotiated with Germany and the UK,” it said.

Swiss banks levy a withholding tax of 26% on income earned on assets belonging to German customers, roughly equivalent to the current rate of tax charged on such income in Germany. Earlier this month, the CBI Chief had said at a function that Indians are the largest depositors in Swiss banks.

Within days, the Swiss Embassy said in a statement that such estimates and statistics lacked evidence and were uncorroborated.

Black money has taken the centrestage politically with the main opposition party BJP launching a scathing attack on the UPA government for shielding those having bank accounts is tax havens and Switzerland.