Apple’s efforts to improve working conditions at the factories that make its iPhones and iPads in China may resonate more with consumers in that fast-growing market than in the U.S.

This is the argument in a recent USA Today article, mostly based on consumer survey evidence. I’m not at all persuaded and feel that some very questionable assumptions were made here.

The evidence here consists of responses by Chinese consumers who say that they are likely to support boycotts or switching brands because of business practices: 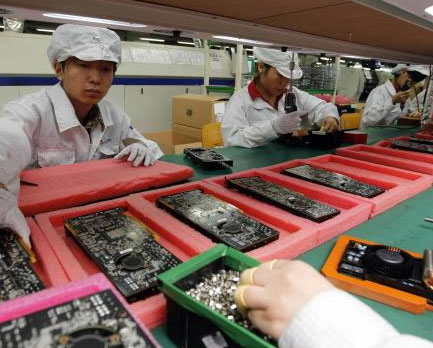 In a survey last year of more than 10,000 consumers in 10 countries by Cone Communications and Echo Research, nearly three of four respondents in China said they were very likely to switch brands to one associated with a good cause, if there was an alternative in the same price range and of similar quality. That compares with half of respondents in the U.S. and about half of all respondents surveyed.

Meanwhile, 83% of respondents in China said they refused to buy a company’s product when they learned that the company acted irresponsibly, compared with 50% in the U.S. and 56% overall.

A 2010 Edelman study of more than 7,000 consumers in 13 countries also showed that those in China, India, Brazil and Mexico were more likely than those in the U.S. to switch products to support certain causes. One key cause, labor rights, found support among 94% in China, compared with 76% in the U.S. and 79% overall.

As usual, we have to be careful talking about survey results. The specific language used is a huge factor, so take both what USA Today says as well as my cranky complaints with a grain of salt.

That being said, let’s have a look at these results. In the first survey, the question related to switching brands to companies that were associated with a “good cause.” Perhaps the survey defined that term for the respondents, but maybe they didn’t. If not, then how do we know that a “good cause” means the same thing across different nations/cultures? I suspect that it doesn’t at all.

However, the differential is nonetheless significant, suggesting that as long as firms engage in whatever activities consumers in that particular society value as “good causes,” Chinese consumers might reward them more than their American counterparts. Fair enough.

The second piece of evidence relates to boycotts, and again, Chinese consumers said they were more likely to discontinue purchases of products made or sold by companies that had “acted irresponsibly.” This one is even more difficult to pin down than the first survey with respect to definitions.

Just what the heck is “irresponsible” in China versus the U.S. in this context, and is it different? To my thinking, there’s no way that it is the same. Americans complain about companies that use cheap labor, move overseas, or inadvertently kill dolphins. Chinese consumers complain about firms whose products contain poison that kills them. Seems like a big difference right there.

If you found out that a company was selling products that were being assembled in Vietnam by low-wage workers, you might not be motivated to join a boycott. But if that company’s products contained deadly ingredients that had been linked to the deaths of several children, would that change your opinion?

I’m thinking the answer is yes.

OK, finally, what about that Edelman study on labor rights? Again, when consumers in the U.S. think about “labor rights,” are they on the same page as Chinese consumers? How could they be? What do American labor activists talk about? Wage rates that are often perfectly normal for Chinese factories; union rights that are rarely if ever discussed amongst consumers here. Perhaps if we were just dealing with worker safety, there might be some common ground, but when you factor in all these other issues, the motivation behind a boycott might be based on very different things.

The USA Today article proceeds with some criticism of the data, suggesting that consumer actions do not always match up with their rhetoric – I think that’s true in most countries. The strong sales of Apple products in China is cited as one example.

But I think this proves my point, at least in part. Most of the criticism of Apple and labor conditions in China at the facilities of one of its suppliers came from the U.S., not China. Yes, problems have been identified at these factories, and yes, this was publicized over here. But many of the “problems” that were decried in the West (low wages, dormitory-style living arrangements, excessive overtime) were simply not seen by Chinese consumers as outrageous or extraordinary problems. Again, when compared to companies that purposely add poison to their products or dump carcinogenic chemicals into water supplies, Foxconn’s violations seem rather tame.

What does this mean for companies taking a hard look at their Corporate Social Responsibility programs? I would suggest that any time spent on comparative country analysis is probably not very worthwhile when compared to individual market surveys. Find out what Chinese consumers care about when they mention “labor rights” or “good causes” and don’t be surprised if these items are culturally, or nationally, specific.