Turning Compliance Beliefs Into Action-Impacting Tone at the Bottom

Tone at the Top has become almost a by-word in the compliance world these days. It is specifically mentioned in the US Department of Justice’s (DOJ) 13-point minimum best practices compliance program as well as the UK Ministry of Justice’s (MOJ) Six Principles of Adequate Procedures. How does a compliance practitioner tap into ethical beliefs of a company’s employee base? However, a company’s ‘tone’ is much more than that simply at the top of the organization. There is tone at both the middle and bottom. One of the greatest challenges of a compliance practitioner is how to affect the ‘tone at the bottom’. In a recent article in the Spring 2012 Issue of the MIT Sloan Management Review, entitled “Uncommon Sense: How to Turn Distinctive Beliefs Into Action”, authors Jules Goddard, Julian Birkinshaw and Tony Eccles looked at this issue when they explored the “often overlooked, critical source of differentiation is [a] company’s beliefs.” 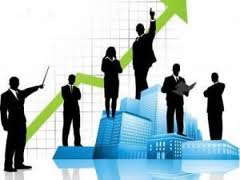 One of the questions that the authors answer is: how to tap into this belief system? They posit a structured manner to obtain this information. By using these techniques, they believe that companies can rethink their “basic assumption and beliefs” and identify new directions for their organization. The authors listed seven approaches that they have used which I believe that the compliance practitioner can use to not only determine ‘Tone at the Bottom” but to impact that tone. They are as follows:

I find this list to be a very interesting way for a compliance practitioner to get at ‘tone at the bottom’. By engaging employees at the level suggested by the authors I believe you can find out not only what the employees think about the company compliance program but use their collective experience to help design a better and more effective compliance program. It is my belief that employees want to do business in an ethical manner. Given the chance to engage in business the right way, as opposed to cheating; will win the hearts and minds of your employees almost all of the time. By using the protocol suggested by the authors you can not only find out the effect of your company’s compliance program on the employees at the bottom but you can affect it as well.