6 ways to protect your corporate reputation on social media

admin, May 2, 2012May 2, 2012, Industry News, Risks, corporate reputation, Reputational Compliance, reputational damage, Social Media, 0
You’ve seen social networks tear companies apart. Here’s how to keep your brand’s reputation safe the next time a crisis hits.
By Layla Revis
It takes years to build a good reputation, but only seconds to damage it beyond repair, as executives at companies from Dell to Domino’s have found out.Executives at the Senior Corporate Communication Management Conference in New York echoed this sentiment when they discussed social media and corporate reputation, and how to embrace the new reality of immediate communications.

When you consider the sheer volume of earned media or word of mouth on the Internet everyday, it is clear that large companies—who have been in the driver’s seat when it comes to their reputations—can no longer control messaging.

How can companies avoid reputation bashing on the social Web? They should keep communications open and respond quickly.

Marcus Molina, SVP of Latin American communications for MasterCard, shared these classic examples of corporate crises and advice on how manage them effectively: 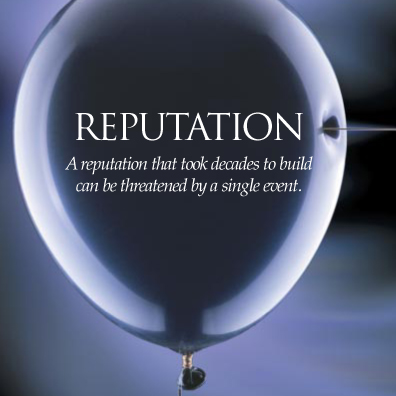 In 2005, Dell computer owners experienced problems with the company’s formerly excellent customer service. Jeff Jarvis, a Dell customer, went to war with Dell on his blog, BuzzMachine. Jarvis’ campaign brought the power of blogs to international attention, but it’s important to keep in mind that, as Market Sentinal pointed out, corporate reputations are damaged not by bloggers, but by corporate missteps.

Dell’s problems arose from its failure to deliver on customer service promises, not from Jarvis’ blog. However, once the customer service problem became public, Dell committed a second error by failing to publicly address the issues Jarvis raised. Dell later decided to engage when it established Direct 2 Dell, its own blog channel to address concerns.

When United Airlines’ air raft handlers tossed a country musician’s guitar and United refused to reimburse him, the musician recorded a song and posted a video on YouTube. To date, the video has garnered 11 million views and been picked up by major media outlets.

Qwikster was an online streaming service intended to offer Netflix subscribers more convenience. Instead, it forced the company’s nearly 12 million customers to create two accounts with different domain names and two sets of ratings and preferences.

In the grand scheme of things, it didn’t take long for Neflix to kill the idea after a massive amount of customers complained. But in the three months it took Netflix to respond, its stock price fell from around $300 per share to around $70.

As Gemma Craven, EVP from Ogilvy’s 360 Digital Influence team says, “It’s no longer the golden hour, but the golden minute. Lack of a well crafted, well meaning response could cost you.”

Similarly, Robert DeFillippo, chief communications officer from Prudential Financial explains, “It’s just as dangerous to over respond as it is to under respond.”

Apologizing for apologizing comes across as lazy and uninspired.

Netflix refused to go back to its original price, and its stock still sags below what it used to be.

Use social media as a tool for honest communication. Admit your mistake and speak directly to your customers about how you will go back and fix things.

Establish a blog, Twitter feed, Facebook page, and a strong company intranet to reassure customers and employees. This allows you to message through email, video or Web chats, and is very democratic in nature. It’s necessary in a world that evolves at the speed of light.

Companies must drive the messaging and response. Use listening platforms, monitor sentiment, and establish a dedicated team to inform and advise internal and external stakeholders of issues and responses.

Become influential. We are the centerpieces of this new world. If you don’t write, take speaking engagements, talk to your audiences, or connect, you become irrelevant. You simply disappear.

Use these channels to focus the conversation around your brand so when a crisis arises, you have more control over the situation.

Layla Revis is vice president of digital strategy at Social@Ogilvy—Ogilvy & Mather. A version of this article originally appeared on Mashable.