A Practical Look at the Compliance Defense Proposals

A policy debate requires careful thought and practical evaluations.  That is the case with the current flap involving the Chamber of Commerce’s push for reform.  The Chamber of Commerce, for all its resources, and brilliant minds, ignored a number of significant issues surrounding a compliance defense to an FCPA prosecution.  Even the FCPA Professor ignored some real significant practical issues.  Prosecutors and defense counsel with significant trial experience need to weigh in, free from any client influence, with an objective analysis of the practical issues in a compliance defense.

First, and most significantly, a company cannot afford to be indicted.  How many times do we have to repeat this – the Arthur Andersen case and others have shown the devastating impact that criminal charges can have on a public company.  The pending criminal case after an indictment cannot be tolerated by a public company.  For that reason, companies have to resolve their cases prior to indictment, and that is why the Justice Department has developed deferred and non- prosecution agreements to resolve cases.  The DPA and NPA issue is a debate for another time. 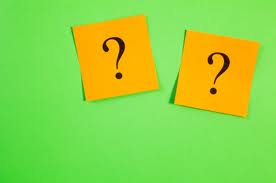 The Professor is suggesting that the government would have to prove a negative as an element of the offense.  That is unprecedented and unworkable.  I am not aware of any criminal offense which requires any significant proof of a negative, other than regulatory type offense where someone possesses a firearm without the requisite license or similar type of offense.  More importantly, the Professor’s idea misses the mark on solving the unfair enforcement issue.

How would the government prove a negative beyond a reasonable doubt?  One way would be to point to the charged violation itself and argue that the violation itself proves an “inadequate compliance program.”  The more likely way would be that the government uses the grand jury to investigate the company’s entire compliance program.  It will issue grand jury subpoenas for documents and review the company’s entire compliance record.

The impact of a grand jury investigation of a company’s entire compliance program will be disruptive and costly.  Every decision will be second-guessed by prosecutors and used as evidence at trial, or even the subject of additional investigations.  I am willing to bet if it does so, the government will uncover more violations or an abundance of evidence which shows inadequacies in the company’s compliance program.

Let’s go even further.  The government indicts the defendant company, puts on all its evidence gathered during the grand jury.  At the conclusion of the government’s case-in-chief, the defense moves for a judgment of acquittal under Criminal Rule of Procedure 29, and argues that no reasonable jury could find the defendant guilty on such evidence.  The defendant will rarely, if ever, win that motion, given its burden.

At the conclusion of the defense case and any rebuttal the government may offer, the defense will move again for a judgment of acquittal and be denied.  In practice, companies will lose when they focus the trial on compliance.  Maybe in the rare case of a rogue employee they may prevail before the jury, but if such a fact pattern occurs, I expect the government will not charge the defendant and handle it like the recent Morgan Stanley case where the rogue employee was prosecuted but not the company.

In the case of an affirmative defense, such as self-defense or insanity, the defendant bears the burden of proceeding and a lesser standard of proof of facts needed to establish the defense, e.g. defendant feared imminent bodily injury or death, or the defendant suffered from a mental defect or disorder which prevented him or her from appreciating whether his conduct was right or wrong.  The Chamber has not addressed how the defense would work, in practice.

For businesses, these scenarios will cost money and disrupt their operations as they launch a compete defense of their compliance programs.  The government will learn and investigate every aspect of a compliance program, creating even greater risks.  Businesses may long for the old days of today.

Some have suggested that the Chamber’s proposal is aimed at increasing the company’s leverage in settlement negotiations.  If that is the motivation, it suffers from the flaws outlined above.  No company can afford to be indicted and the defense is too little too late.  It is an extremely ineffectual way to address an issue which we all agree on – how to increase corporate compliance to reduce the risk and occurrence of bribery.  If this is the best our minds can come up with, we are in trouble.

My only point here is not to throw cold water on FCPA reform, but let’s put our heads together and come up with realistic solutions, assuming we all agree that there is a need for reform (which some will not admit).  I am suggesting that those who promote such ideas need to think them through a little bit more carefully, and need to collaborate with those who understand the practical realities of criminal investigations and prosecutions.