Compliance and Ethics: The Billion Dollar Factor in the Business Equation

Home 2012 May 17 Compliance and Ethics: The Billion Dollar Factor in the Business Equation

Pfizer’s chief compliance and risk officer explains the role of ethics, compliance, and risk in a talk today at the Samuel Curtis Johnson Graduate School of Management at Cornell University.

Doug Lankler, executive vice president and Pfizer’s chief compliance and risk officer, speaks at Johnson at Cornell University on Tuesday, April 24, 2012, at 4:25 p.m. in Sage Hall, Room B08. His talk is titled “Corporate ethics and compliance:  The billion dollar factor in the business equation.” 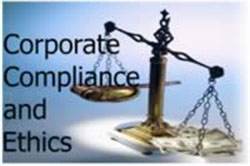 Lankler supervises various proactive functions and personnel responsible for designing, implementing, and maintaining programs and policies for ensuring global compliance, driving an integrity-based culture, and ensuring the proper assessment and mitigation of compliance-based risks across the enterprise. He also manages reactive teams that investigate and respond to compliance matters worldwide.  He reports to the Chief Executive Officer and is a member of Pfizer’s Executive Leadership Team.

Lankler has been with Pfizer since 1999.  Previously, he was deputy general counsel and led various functions within Pfizer’s Legal Division. Prior to joining the Company, Lankler was with the U.S. Department of Justice as an assistant U.S. attorney in the Southern District of New York. While in the U.S. Attorney’s Office, he prosecuted white-collar fraud, corporate crimes, traditional organized crime, and terrorism. Lankler was a recipient of the U.S. Attorney General’s Distinguished Service Award.

Before joining the U.S. Department of Justice, Lankler worked in the Litigation Department of Simpson Thacher & Bartlett in New York City.