Operational Risk Management professionals wonder about the “Tone at the Top” and decisions at the latest Board of Directors meetings to ignore or investigate a whistleblowers claims of ethics or governance violations in the workplace.

The financial services companies have for years been the target of scrutiny for claims of fraud, mistreatment of consumers and violations of several U.S. federal regulations many under further examination by the SEC.  As time goes on in the evolution of maleficence you will find examples of wrong doing in other private sector areas, such as the Defense Industrial Base (DIB), Retail and Information Technology (IT).  Think about your own company and ask yourself how you treat and respond to the 800 number Ethics Line and those who staff the Internal Audit, Risk Management or Information Security departments.  Are these enablers or impediments to your future success?  Your answer may be a clue to the issue at hand. 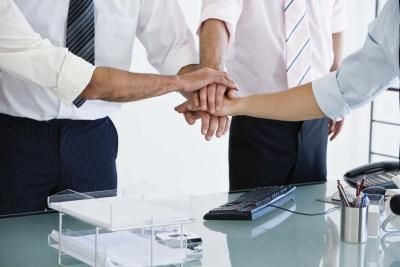 The professionals in the Inspector Generals office, the Operational Risk Management department and the General Counsels office are also there for a good reason.  Think about them as the last “Thin Blue Line” between your company becoming a success or falling into a cultural abyss that will plague the institution for decades.  Steven Pearlstein explains from the Washington Post:

Last week in these pages, The Post ran a profile of John Jumper, the straight arrow former Air Force general who was brought in as chief executive of local contracting giant SAIC in the wake of an embarrassing overbilling scandal involving bribery, kickbacks, foreign shell corporations and a safe deposit box stuffed with $850,000 in cash.

A year ago company officials were publicly denying that there were any problems at all with its contract to build a new timecard system for New York City, which by then was so late and so over budget that “CityTime” had become a frequent target for the New York tabloids and political embarrassment for Mayor Michael Bloomberg.

It was just last June that SAIC executives and directors first informed shareholders that there might be a little $2.5 million overbilling problem with the contract and that federal prosecutors had brought criminal charges against six employees of an SAIC subcontractor. Shareholders had to read deep into Note 9 of that quarterly report to learn that there might be “a reasonable possibility of additional exposure to loss that is not currently estimable” that “could have a material adverse impact” on the company’s finances.

This episode by one DIB contractor, was not the first nor will it be the last.  One has to ask whether the advice these companies are getting from their outside counsel is always the right course of action.  The government and the internal risk management departments are going to be continuously deluged with new whistleblower claims.  Not just because new laws are in place to protect them and to provide them with the incentives to come forward.  It is because good people are sick and tired of having their organizations reputation tarnished and their respective ethical practices being jeopardized by a few bad cowboys or rogue actors.  Yet now, the Retail sector is being taught a serious lesson regarding a potential FCPA violation by Wal-Mart.  David Barstow at the NYT has this to report:

In September 2005, a senior Wal-Mart lawyer received an alarming e-mail from a former executive at the company’s largest foreign subsidiary, Wal-Mart de Mexico. In the e-mail and follow-up conversations, the former executive described how Wal-Mart de Mexico had orchestrated a campaign of bribery to win market dominance. In its rush to build stores, he said, the company had paid bribes to obtain permits in virtually every corner of the country.

The former executive gave names, dates and bribe amounts. He knew so much, he explained, because for years he had been the lawyer in charge of obtaining construction permits for Wal-Mart de Mexico.

Wal-Mart dispatched investigators to Mexico City, and within days they unearthed evidence of widespread bribery. They found a paper trail of hundreds of suspect payments totaling more than $24 million. They also found documents showing that Wal-Mart de Mexico’s top executives not only knew about the payments, but had taken steps to conceal them from Wal-Mart’s headquarters in Bentonville, Ark. In a confidential report to his superiors, Wal-Mart’s lead investigator, a former F.B.I. special agent, summed up their initial findings this way: “There is reasonable suspicion to believe that Mexican and USA laws have been violated.”

Mitigation of Operational Risks in the workplace, such as fraud and corruption is different than it is outside the enterprise.  The difference is, that corporate executives do not always believe that their own employees would behave this way.  They could be naive to the reasons why fraud finds its way into the psyche of some of the organizations must trusted officers.  Corruption and the signs that an organization has lost its way from a place of cultural integrity and one that condones others to look the other way or for many to help perpetuate schemes of wrong doing, requires a massive organizational transformation.  A transformation that is lead by focused and talented Operational Risk professionals.
But most of all, even if you have these professionals on your team already, there are still some important ingredients to achieving your own “Defensible Standard of Care”:

1.  If you think you have funded the risk management department in your enterprise adequately, you haven’t.  Do not confuse your outside audit function with your internal risk management function.

2.  If you don’t understand how your 800 number ethics line works and the outsourced organization that runs this, then you need to do so immediately.

4.  If you find any indications that 1 through 3 have been ignored, pushed aside or been giving you a false sense of security, then you might consider making a career change.