Corruption Risks in the Middle East

Home 2012 May 24 Corruption Risks in the Middle East

The Middle East is a diverse area with significant disparities in the region.  Oil and gas dominate the economies.  Cultural and economic factors make compliance extremely difficult in the Middle East.

It is not clear yet what impact the Arab Spring of 2011 will have on the overall region’s level of corruption.  So far, there has been little change in prior practices and institutions which have fallen to corrupt practices. 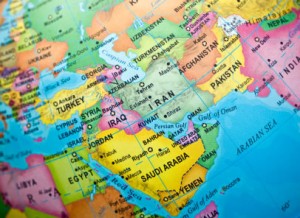 FCPA enforcement actions have involved a number of Middle East countries and industries, including oil and gas, pharmaceuticals, automobiles, and other industries. Oil companies have been under the microscope for years.

The risks in the Middle East reflect regional trends – governments are authoritarian and institutions are run by a small group of leaders, many of whom are related to wealthy families who wield extraordinary power.  Wealth and influence are held by a small part of the population, leaving a huge underclass.  Political and judicial institutions are weak and unable to rein in the authoritarian infrastructure.

Gift-giving and compensation for referrals and introductions are a day-to-day requirement for conducting business in the Middle East. Third party agents are required to gain access to government and to secure business opportunities.  The risks in using agents are significant – familial connections, conflicts of interest and potential bribes are large red flags in the Middle East economies.  Regulatory agencies are under-developed and securing visas, clearing items for import and other basic services are high-risk for bribes.

Saudi Arabia has the strongest political and economic institutions.  It has tried to combat corruption, and formed a National Committee to Combat Corruption in 2011.  The NCCC oversees all government agencies and reports to the Saudi King.  Saudi Arabia has adopted criminal laws to ban public employees from engaging in corrupt conduct.

Iraq depends on oil for nearly 90 percent of its revenues.  The country which is still recovering from the war still suffers from corruption.  The United Nations Oil-for-Food scandal continues to haunt Iraq’s anti-corruption efforts.

Libya is likely to be a focus for FCPA enforcement.  Recently, ENI and Total disclosed that they were subject to corruption investigations for their dealings in Libya.  Goldman Sachs has disclosed its own investigation for dealings with Libya.  As the regime change continues, more information will be shared with law enforcement agencies and more investigations are expected.

As foreign investment continues to flow into the Middle East, the risks will increase.  Libya and Iraq are receiving huge influxes of capital from the US government and given the difficulty in reining in corruption in these countries, companies need to adopt proactive compliance controls to protect themselves.