Investors do it before they invest and so do employers before they hire. So why shouldn’t you? We’re talking about due diligence, a fancy name for making sure the company you’re looking to join doesn’t have something to hide or has perhaps done something that could give you pause about working there.

Recently, thanks to Dodd Frank, the Securities and Exchange Commission extended its regulatory oversight to include private investment advisers such as hedge fund and private equity fund managers. What this means is that the data they used to keep secret is now available to the public. 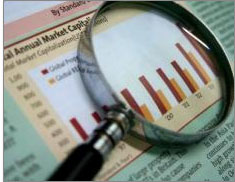 The intention was to protect investors from another Madoff scandal, or from giving their hard earned money to less than honest money managers.

But job candidates can also take advantage of this as well. Would you want to have to put Bernie Madoff on your resume as a former employer?

What would you do if you learned your soon-to-be-boss was a convicted felon? Would that make a difference in your accepting his generous offer of employment? It should at least motivate you to get more information so you can either continue going into the relationship with the knowledge that your employer did something in the past that got him or her in trouble, or convince you to keep looking.

Forbes recently did its own analysis of the new data required by the SEC and determined that one in nine advisers to private funds had at least one “significant adverse regulatory event” that ranged from a simple regulatory violation to an actual felony conviction in the past 10 years.

According to Forbes, the data was compiled by Diligence Review Corp., a New York consulting firm that advises pension funds and other institutional investors on private money managers and taken from SEC form ADV, something all money managers have been required to file with the SEC since March 30th of this year.

Diligence Review’s Jennifer Cooper is quoted by the magazine as saying “it’s certainly a red flag.”

And Daniel Fisher, who authored the piece, did his own search of the SEC database. Here’s what he turned up as some fairly well known firms: