The Three Levels of Ethical Issues in Business

There are three levels of ethical issues in business. 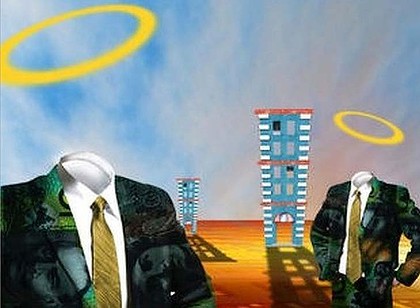 Compliance: At the base level, ethics in business is directly associated with compliance – the legal and moral obligation to abide by the law. Illegal conduct subjects the wrongdoer to criminal and civil actions that often result in resource-draining and reputation damaging accusations. In every business there is a risk of unlawful conduct but in those that are highly regulated (such as financial services and health-related activities) there are more rules, some of which are complex, and therefore a higher risk that someone within the company will break the rules either intentionally or inadvertently. Thus, most companies have well-developed compliance programs designed to assure that employees know the rules and understand their obligation to obey them. These programs are not so much an expression of ethical commitment as they are part of an intelligent risk-management strategy.

Lawful but Awful. The second level of ethics deals with professional or business conduct that is technically lawful but ethically questionable or clearly improper. An act is not ethical simply because it is lawful nor is it proper simply because it is permissible. Though many situations arise where there is not no clear-cut right or wrong answer (e.g., situations where the moral duty of candor may impose a duty to be more forthright and frank than is legally required) guidance can be found in professional ethical norms and core moral values like honesty, respect, fairness and responsibility. Though the consequences of a real or perceived breach of ethics in this context are often less dire than compliance violations, to a company that prizes its ethical reputation, preventing this sort of misconduct is very important. Thus, companies committed to a higher standard than lawfulness consciously acknowledge the importance of ethical conduct and create an explicit expectation that employees seek to identify and live up to ethical duties as well as legal requirements. Executives and managers within such companies govern all their business actions by fundamental ethical principles such as honesty, fairness, respect and social responsibility. Hence, issues like paying fair compensation, going beyond legal requirements to protect the environment, and creating a respectful work environment that protects employees from abuse and supports a healthy work-life balance are treated as ethical issues.

Moral integrity. The final level of ethics deals with personal and corporate values and the concept of moral integrity. Thus, every  company has the prerogative to define its character by the criteria it uses in determining whether to accept or fire a client and whether to retain or release a highly productive employee who does not consistently abide by the organizations stated values. This final dimension of ethics is grounded in the self-image of a company and its stated aspirations to put ethics above expediency.