Ponder This: What happened to work ethics?

Home 2012 July 13 Ponder This: What happened to work ethics?

Did I miss the recent memo, “Work Ethic No Longer Necessary”?

Have you ever encountered a service experience where you, as the customer, felt like you were the one providing the service? A situation where you were treated as if you owe the employee for doing business with them? An attitude conveyed as if you have disturbed them because they had to do their job? 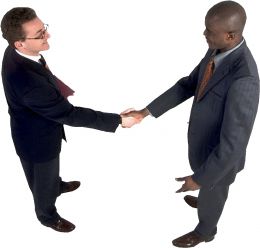 Is it just me, or does it appear that there is an increase in laziness, apathy and avoidance of hard work? Work ethic is defined as, “the principle that hard work is intrinsically virtuous or worthy of reward.”

There is an expectation of wanting more out of life without having to work hard for it. This propensity can be attributed to several things, including a lack of pride in one’s avocation, a lack of personal motivation, a trend toward entitlement, an all-about-me attitude or a lack of personal responsibility. Have we lost the understanding that a rewarding and fulfilling life, and high personal self-respect, is earned not given? As in most everything in life, the effort you put into an endeavor will determine the level of success achieved. It is simple to understand, yet so difficult for many to execute. The amount of effort to be contributed is an individual attaching personal responsibility to personal achievement. Gandhi said, “Satisfaction lies in the effort, not in the attainment. Full effort is full victory.”

On a macro level, the most significant contributor to this dangerous trend is the structuring of a nanny state in our nation. When more is provided without contributing to the effort to receive it, there is less incentive to work hard for what you want. You become dependent on the government for your well being. The more dependent you become, the more control and power someone else has over your freedom to make independent choices.

A democracy requires an intelligent electorate to keep it functioning properly as “We The People.” Take away the ability for citizens to create their future, the democracy ceases to flourish and the few have greater control over the many.

The system fails when those who have the capability to work and achieve decide to let someone else do it for them. A significant character weakness is promulgated as a result, a lack of personal ownership for one’s life. Excuses become rampant, and understanding that hard work is a requirement for a fulfilling life is lost. It becomes acceptable for many to take advantage of the system, because the system allows it.

When life presents challenges, do you take the bull by the horns and persevere through it, or call on nanny to come to the rescue? The latter does nothing to promote a strong, individual work ethic, nor a strong society. Those in power only gain more power as a result of the dependency created, and the expected handout to follow.

Spoiling our children is no different and is an injustice to them. It sets a precedent, and a belief, that much is expected without having to work for it. As the legendary basketball coach John Wooden stated, “Nothing will work unless you do.”

Reflecting on your own life, there have been failures and successes, yet the effort to succeed, and at times fail, teaches you what it takes to have a fulfilling and self-respected life.