Corporate governance system, though a very new concept, has inadequately evolved over decades, often in response to corporate failures and crises. South Sea bubble in 1700s was the first instance of failure of corporate governance that led to a revolution in business laws and practices in England. The US had put in place much of its securities laws following the stock market crash in 1929. There has been no dearth of financial crises—from the banking crisis of 1970s in the UK to the US savings and loan debacle of 1980s. The history of corporate governance has been repeatedly punctuated by a series of high profile cases of corporate mismanagement from Siemens in Germany and UBS (a banking giant in Switzerland) to IBM (in Argentina) and Samsung (in South Korea).

The collapse of world financial markets in September 2008 ignited a debate on what caused the global economic meltdown. Poor corporate governance, as many policy makers believed, was one of the causative factors behind the 2008 global depression. It allowed transparency, accountability and integrity of financial institutions and companies to be compromised and for abuses to go unchecked, particularly in corruption cases. Thus, many analysts perceived the 2008 financial debacle to be a moral crisis. They believed that a meltdown largely caused by an integrity deficit is much more than a financial crisis. This necessitates that every technical answer to such a crisis needs to be grounded on strong ethical principles of transparency, accountability and integrity. 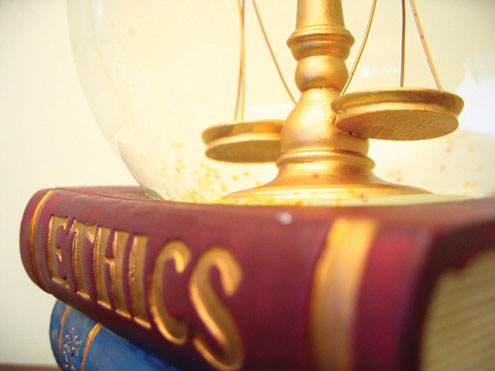 Corporate governance, a phrase that not long ago meant little except to a handful of scholars and shareholders, has now become a buzz word for discussion in corporate closets, academic discourse and policy circles across the world. Economists, corporate tycoons, opinion makers and policy analysts have started acknowledging the potential macro-economic ramifications of weak corporate governance system and its domino effect in the globalized financial regime.

In developing and transition countries alone, companies pay bribes over US $ 40 billion annually to corrupt politicians and government officials. When corruption allows reckless companies to flout regulations, consequences can be disastrous. Various empirical researches and studies show that overall impact of anti-corruption initiatives is reduced and growth of financial institutions and companies is undermined in the absence of good corporate governance systems.

More stringent domestic laws and international conventions such as the 1999 OECD Anti-Bribery Convention and the United Nations Convention against Corruption (UNCAC) are putting pressure on companies to develop new anti-bribery policies to strengthen financial integrity from within. The high-profile corporate scandals of recent years have made companies increasingly aware that corrupt practices pose serious and costly risks to their reputation and sustainability. This understanding, coupled with growing public expectation of accountability and probity in the corporate sector, are putting added pressure on companies to adopt more ethical business practices.

Many US companies in the aftermath of the 2008 financial crisis made great strides in ensuring their independence from chief executive officers (CEO) and management with a cap on executive compensation. President Barack Obama introduced the Dodd–Frank Wall Street Reform and Consumer Protection Act in July, 2010 calling for reforms in the regulatory system. A study showed that the average American large-company CEO makes on an average 225 percent more than a similar CEO in the other 13 largest industrial countries. Similarly, a parliamentary panel on new Companies Bill in India also suggested capping salaries of chief executives, and said shareholders should be given a say in managerial remunerations.

In response to urgency for regulatory initiative, Nepal Rastra Bank (NRB) also capped perks and benefits for chief executives of banks and financial institutions (BFIs). Bankers, however, did not take it positively. A year ago, BFIs were facing a liquidity crunch as they had invested around Rs 110 billion in the realty sector which is stagnant now. Many believed if BFIs’ crisis was then a by-product of bad corporate governance, central bank should not have invested tax-payer’s money in bailing them out.

In recent years, a series of malpractices and cases of corruption have surfaced in our banking sector. Gurkha Development Bank (GDB), Nepal Share Market Finance (NSMF), People´s Finance Limited and Capital Merchant Banking had to close down their operations and could not repay depositors. The NRB had to freeze bank accounts and property of executive chairman of NSMF on suspicion of irregularities while issuing loans worth Rs 1 billion. Likewise, former chairman of GDB Dambar Bahadur Tamang was arrested for irregularities in releasing various loans. Similarly, Department of Revenue Investigation filed cases against illegal businesses of Unity Life International that illegally collected some NRs 3.8 billion. In yet another corruption case, Jhalak Subedi, chief of Credit Department of Muktinath Development Bank in Pokhara, was nabbed for his alleged involvement in the fake land ownership bank loan racket, masterminded by Santosh Paudel, in which Rs 70 million from nine BFIs was swindled.

These spates of corruption scandals and corporate fraud have exposed not only a need do a fundamental rethink about the functioning of the corporate and financial sector in Nepal, but also point to an alarming ‘integrity deficit’ in corporate governance. Thus, as an exigency, to prevent any similar problems in future and spur sustainable financial growth, this integrity deficit must be addressed with stronger regulatory frameworks.

The corruption scandals point towards the need to rethink functioning of corporate and financial sectors and to address ‘integrity deficit’ in corporate governance.

There are three components of regulatory reform. First, the companies should adopt global ethical standards such as UNCAC that bind businesses and employees to shared business principles and practices. Second, there should be a comprehensive governance framework that goes a step further by establishing internal structures, processes and control mechanisms to prevent management or staff misusing their positions and power within the company for personal gains. A company’s top staff such as directors, chief financial and executive officers must act with integrity encouraging standards. Corrupt behaviour from top leadership can create a trickle-down effect. In a study on corporate fraud globally, 25 percent involve senior managers whose actions severely damage staff morale in one out of every three cases.

Third, regulation and oversight by government helps formalize and enforce such policies and practices. Yet effective regulation requires resources and political will too. In the case of public enforcement of securities regulations, South Africa spends four times the amount as France relative to its GDP.

A comprehensive regulatory framework is a prerequisite for creating a transparent, accountable and effective corporate sector. Corruption risks often thrive where regulations are weak. Thus, it is time Nepal learnt lessons from global financial crises and took timely initiatives to ensure effective regulation of markets, protection of investors and enforcement of laws to strengthen integrity and control corrupt practices in the corporate sector.