The Role of a Board in Compliance and Ethics: How We Arrived and Where We Are Going

Home 2012 July 26 The Role of a Board in Compliance and Ethics: How We Arrived and Where We Are Going

Yesterday, the Houston Astros traded Wandy Rodriguez, the last remaining member of the 2005 National League (NL) champs. The Astros have traded away their five ‘top’ players over the past three weeks, coincidently turning in a sterling 2-20 run. Whoever they got for their top talent sure has not helped very much. The Astros now sit in dead last place in wins and losses in the current Major League Baseball (MLB) standings at 34-64 with a .347 winning percentage. This translates into a 105 loss season, which is actually a one-win improvement over last season’s 106 losses. But our new owner keeps telling us he has a plan. It’s pretty obvious that it is to have the absolute lowest payroll so he can service his mountain of debt that he incurred from purchasing the team. And did I mention that the Astros are moving to the American League (AL) next year? At least then we will no longer be worst team in the National League… 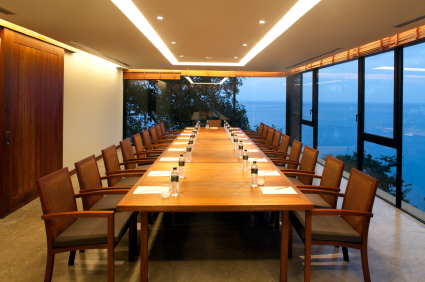 I thought about my beloved Astros and what their Board of Directors might think about all of this; that is, if they had a Board of Directors. For instance, would a Board of Directors throw in the towel for being competitive in not only this season but for at least three more just to save some money? But the Astros do not have a Board, they only have an owner, so a special thanks to Jim Crane for not only selling out by agreeing to send up to the AL but for ending any chances of the Astros being in the playoffs anytime soon.

Fortunately US public companies do have a Board of Directors and these same Directors have a role in their company’s Foreign Corrupt Practices Act (FCPA) compliance program. Corpedia, in a recent White Paper entitled “The Importance of Board Oversight: The Role That Directors Play in an Organization’s Ethics and Compliance Program”, detailed why a Board of Directors has a role in a company’s FPCA compliance program and provided some guidance as to their views on what may constitute “appropriate Board oversight”.

The duty began with the formulation of the Corporate Office Doctrine by the US Supreme Court. Under this Doctrine, officers and directors could be held liable under the following three conditions. First the person in question occupied a position of responsibility and authority in the corporation. Second the individual in question had the power to prevent the violation of law. Third, the person failed to do so. Although the Doctrine was originally narrowly focused, it has been expanded to other areas of the law such as the Sherman Act, securities laws and environmental laws.

In the Caremark decision, the Delaware Court of Chancery held as a part of a Board’s duty of good faith, directors have an obligation to ensure that a corporate information and reporting system exists. This was followed up by the case of Stone v. Ritter for the proposition that “a duty to attempt in good faith to assure that a corporate information and reporting system, which the board concludes is adequate, exists.” Lastly, is the case of In re Walt Disney Company Derivative Litigation, from which can be drawn the principle that directors should follow the best practices in the area of ethics and compliance.

US Sentencing Guidelines and Department of Justice (DOJ) Prosecution Standards for guidance as to the obligations of a company’s Board regarding FCPA compliance. These began with the Sentencing Reform Act of 1984, which led to the first sentencing guidelines for corporations. These were modified and evolved under the 2004 Amendments to the Organizational Guidelines and the 2010 Amendments to the Sentencing Guidelines. Under these versions a Board must exercise reasonable oversight on the effectiveness of a company’s compliance program. Additionally the DOJ has added guidance for the prosecution of corporations. In the DOJ US Attorneys’ Manual (2009) they posed the following queries: (1) Do the Directors exercise independent review of a company’s compliance program?; and (2) Are Directors provided information sufficient to enable the exercise of independent judgment?

What Constitutes Appropriate Board Oversight?

Corpedia ends its White Paper with suggestions about what types of information a Board of Directors should periodically receive. First and foremost are reports of “suspected misconduct and of the company’s responses to those allegations.” Next, Boards should be involved with the approval process for creation of or amendment to the company’s Code of Conduct and related policies. In addition to those areas, Corpedia suggests that a Board receive information on the following:

The Corpedia White Paper provides a good review to understand the legal and statutory basis for a Board of Directors’ obligations under the FCPA. Too bad the Houston Astros did not have a similar group looking after the interests of the Astros stakeholders.