Seven Questions for Examining the Ethics of a Business Decision

“Ethics is knowing the difference between what you have a right to do and what is right to do.” – Potter Stewart

One of the things I quickly learned as I advanced in my career was that the higher I climbed, the more complex the decisions I was asked to make became.  Sometimes the potential financial implications of the decision necessitated my involvement, but frequently the decisions that came to me did so because the issues were not “black and white” but were instead shades of grey.  If you have hired good people and delegated responsibly, the easy decisions will get made at lower levels.  The ones that come to you will be the ones with many complex issues.  In fact, sometimes it seems that there is no one “right” decision but a choice between several ones, each with both upside and downside potential.  The issues frequently contain many variables.  Some are technical, some financial, and many, if not most, will have at least some ethical components.

Over the years I have compiled a list of seven questions that can be asked to assess the ethical implications of a business (or personal for that matter) decision.  I found that it is important not only to use these but, as a leader, to both model and teach these to those who worked for me and with me.  Here they are. 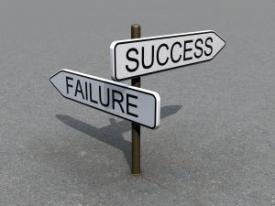 1. Have you defined the problem or issue accurately?  All too often our egos prevent us from asking the “dumb” or obvious questions.  We assume that we already understand all of the issues when in fact we really don’t.  Ask plenty of clarifying questions to make sure that you really understand all of the facts and issues as well as possible.  Play back your understanding to the folks closest to the issues to make sure that you have it right. Making the right decision about the wrong thing can lead to disaster.

2. Would you view the situation differently if the roles were reversed? Put yourself in the other party’s place and ask how you would feel and react of you were in their place.  Would you be angry, defensive or feel cheated?  If so, rethink your position.  Applying the “Golden Rule” can be an effective test for the fairness of your actions.

3. Could your decision or action harm or damage anyone in any way? In some industries a wrong or negligent decision can literally inflict bodily harm.  In other situations the harm could be financial or reputational. Will anyone or any institution or organization be harmed by the consequences of your decision? Never forget that when it comes to “grey area” decisions, the law of unintended consequences looms large.

4. Will your decision stand the test of time? How will your decision look a month from now or a year from now?  We are frequently pressured to make decisions and take actions designed to mitigate an immediate situation without thought to the long-term consequences.  Don’t trade short-term gain for long-term pain.

6. How would the decision look as a news headline? This question isn’t about pragmatism, it is about context.  Pragmatism says do what is most expedient and a good headline is certainly expedient.  Context is about how the decision could be viewed from various perspectives.  News headlines are frequently sensational and highlight some aspect of the story, frequently a minor one, that is designed to seduce the reader into reading the story in full. In the context of a business decision the question is,  “How can this decision be interpreted and in what ways can it be misinterpreted?” Understanding the various ways the decision and subsequent actions could be misinterpreted, either accidently or intentionally, will help you to further understand the potential outcomes and to prepare for them in advance if necessary.

7. Would you tell your mother? Those who have worked for me over the years are familiar with what I call the “Momma Test,” momma, of course, being a common southern term for mother. The momma test has two parts. First, can you explain the issue clearly and succinctly enough so that your mother, who we assume isn’t intimately familiar with the details of your line of work, could easily understand it. It has been my experience that if you can’t explain something clearly and concisely to someone who isn’t familiar with the subject then you really don’t understand it yourself. The second part is,  “Would you tell her?” If you wouldn’t then you probably are ashamed of the action you are taking which should immediately tell you to stop, rethink, and take another path.

Making tough decisions is one of the most important roles a leader is asked to play. Most of the good decisions you make will pass unnoticed, but the bad ones usually do not. We will all make decisions from time to time that don’t work out well.  This is to be expected.  We learn from failure and move on.  Ethical mistakes, however, are different.  These damage or even destroy our reputations and the reputations of our organization and may harm innocent people.  Pausing to carefully assess the ethical consequences of decisions can save a lot of pain later on.