Does business ethics training do any good?

Home 2012 August 23 Does business ethics training do any good?

A global bank’s reputation is at rock bottom after a string of money-laundering scandals, fraud cases, and government bail-outs. A new CEO is appointed, with a mission to clean up the bank’s profile. He introduces a ‘five point ethics plan’, including strengthened risk controls, more enlightened incentives for bankers, an ‘ethics hot-line’, and a huge ethics training programme for the company’s 300,000 employees – arguably the biggest ethics training initiative in the history of American business. 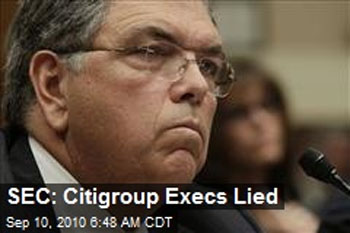 The CEO’s name was Chuck Prince, and the bank was Citigroup. Prince introduced the ethics training programme in 2005, amid great fanfare about moral renewal. Just three years later, the bank had enormously increased its leverage in order to make a catastrophic bet on the US housing market. It also sold mortgage bonds to clients while shorting them itself. Prince himself famously said, in 2007, ‘when the music stops, in terms of liquidity, things will get complicated. But as long as the music is playing, you’ve got to get up and dance. We’re still dancing.’

A few months later, when the music stopped, Citi required a $45 billion government bail-out. Citigroup’s shareholders turned on Prince for failing to tell them about the size of the bank’s losses, and the shining knight of corporate ethics was sacked (although Citi is still touting its ethical credentials).

Citi is not alone in making a big noise about its ethical training. Since it began in the 1970s, the field of business ethics has grown and grown. It was started by a handful of philosophers writing books and holding seminars in which they tried to apply ethical theories to the world of business, much to the amusement of their academic colleagues. But the field took off in the mid-1980s, helped perhaps by a general sense that business ethics were getting worse and businesses needed some professional guidance. According to Richard T. De George of the Markkkula Center for Applied Ethics, “by the mid 1980s there were at least 500 courses in business ethics taught around the country…at least twenty textbooks in the area…[as well as] societies, centres, and journals of business ethics”.

By the mid-1990s, ethics training programmes had become the norm at Fortune 1000 companies, although a study in the Journal of Business Ethics found that “the vast majority of firms have committed to the low cost, possibly symbolic side of ethics management” – perhaps because having an ethics programme could reduce government fines by up to 95% if you were busted doing something illegal. Business ethics became one of the buzz-words of the 1990s, and consultancy firms ran lucrative businesses to advise their clients how to buff up their ethical profile.

It’s easy to be cynical about the real world impact of all the business ethics training courses over the last 30 years. While the ethics industry has grown ever bigger, the corporate scandals have kept on coming – from the Savings and Loans crisis, to the tech bubble and the collapse of Enron, to the mortgage bond scandal, and now, the Libor-fixing scandal. Often the firms convicted in these scandals were loud advocates of business ethics: Arthur Anderson made millions of dollars selling ethical consulting services to its clients, before it was revealed to be fraudulently helping its client, Enron, hide its losses. Anderson put out endless pious videos on the importance of ethics, including one featuring the supermarket entrepreneur Stew Leonard speaking earnestly about integrity, shortly before he was imprisoned for massive tax fraud (watch a great PBS video on that here). And Ken Lay, CEO of Enron, was a vocal advocate of business ethics too. Enron’s Ethics Code insisted “we work with customers openly, honestly and sincerely”. Uh huh.

Ethics training programmes are all very well – and there is some evidence that they do actually have an impact – but what really defines how people behave (it seems to me) is the culture of a company, and how things are seen to work on a trading floor or newsroom. The newbies watch the dominant figures, and take their lead from them. If it’s obviously a cynical, amoral environment that promotes a very narrow version of success, then the younger members of the team will follow that model. They do it for the money, but primarily they do it for the status approval of the gang. We are social animals, and we want to fit in, even if it means silencing our consciences.

So as a manager, you need to look at the make-up of your team and ask not merely what is its intellectual capital, but also its moral capital. Do you have some wise elders, some people of principle in the team, for the younger people to watch, emulate and ask for advice? Are the elders of a company there on the trading floor, or have they retreated to the Olympic heights leaving it to coked-up rookies to run their company?

You also need the threat of punishment, which has been completely missing from the business world in the last 30 years. From 1992 to 2001, there were only 87 imprisonments in the US for federal white collar crime, all of them in minimum security ‘Club Fed’ prisons (that statistic is from the PBS video linked to above). And while the Department of Justice has brought over 1,000 fraud cases against brokers in the mortgage business since the Credit Crunch began, there have been hardly any criminal cases against bankers on Wall Street. A stint in a high security prison – now that’s what I call effective ethics training.