Think Tank: ethics – the bottom line is, you need them

The trouble is that the rules change fast and people with a finer ear than most CEOs get caught out. MPs and moats; hacks and phone hacks; police and leaks. .

Behaviour that seemed acceptable in the morning is vilified by the afternoon. Andrew Moss, Sly Bailey and Virkram Pandit found themselves on the wrong side of acceptable in the “shareholder spring”. Apple and Nike are publicly punished because they were remiss in the care, not of their own employees, but of workers in their suppliers’ factories. 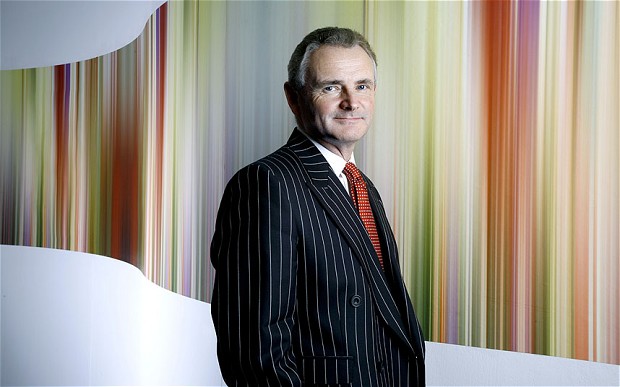 Into this comes the debate about business ethics. Should businesses have them and, if so, what should their leaders be doing differently to get them?

The simplicity of “profit only” is beguiling. But research has long shown that businesses that focus on customers are more profitable than those that focus on the bottom line. The rise and fall of Sears – once a leading Harvard Business School case study on the value of customer service; now, having had its guts ripped out in the pursuit of immediate returns, a corporate basket case – is the Ozymandias of customer first.

The customer pedestal is, however, under siege from, perhaps surprisingly, the humble employee. Recent studies indicate that engaged employees are the critical precursor to delighted customers. Indian behemoth HCL is run on the principle that employees come first.

And so it is with business ethics. The way to protect against the unpredictable swings of the moral compass is to behave with integrity from the off. That’s all very good but if we haven’t already got ethics, how do we get them?

In general, rules aren’t the answer. As rule-makers, we will always have failed to think of something and, more dangerously, we will be encouraging people to focus on navigating the system rather than take responsibility for doing what is right.

Legislation can help (eg bribery acts) but it may have unintended consequences (eg on the corporate hospitality industry that funds so many arts and sports). Simply imploring people to behave honourably will have a limited effect too. In their enlightening book, Mistakes Were Made (but not by me), Carol Tavris and Elliott Aronson show how we invariably find ways to justify our behaviour however morally hollow.

Finessing your personal expenses is OK because of the legitimate things you paid for and forgot about. Not mentioning that small cash income in a tax return is fine when you think about how much government wastes. We are wired to alter our view on what is right to fit with our own interests.

Part of the answer lies in how we teach business. The fact that MBA students cheat more than other graduates highlights the need to put ethics at the core of the curriculum. But most employees don’t have MBAs.

Turning an organisation to pay attention to the customer is easier when you start with people in front-line service roles because they want to please customers. It is congruent with their values.

The same principle applies to building an ethical business – recruit people who have congruent values, help them see why living to these values will make their lives better as well as helping their business flourish, and reinforce at every turn.

Leaders would do well to talk about purpose more than profit. They can also help by sharing dilemmas (sell insurance to someone who doesn’t really need it versus miss my target) and talk up those who behave with honour.

But the most powerful way to build organisational integrity is to appeal to
self-interest. Aristotle talked of “the good life”, lived according to our values. In a world where we seek happiness in so many of the wrong places, the route to fulfilment lies not in things but in people, not in what we achieve so much as how.

As Albert Camus wrote, “integrity has no need of rules”. But it does have a need for advocates.