In my study of ethical behavior I have come across many instances when otherwise good people do bad things. They may succumb to the pressure of a supervisor to go along with financial wrongdoing or they may defer to the judgment of others even though they are convinced of the right thing to do. 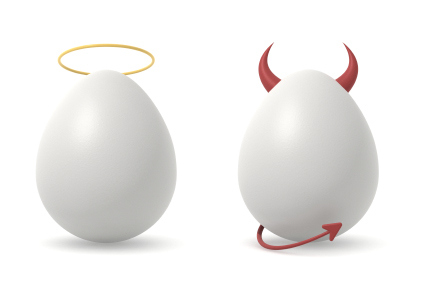 Ethical blind spots refer to the gap between who we want to be and the person we really are. Many researchers have studied the psychological processes that lead even good people to engage in ethically questionable behavior that contradicts their own preferred ethics. Bazerman and Tenbrunsel identify bounded ethicality as an explanation for the phenomenon when individuals make decisions that harm others and when that harm is inconsistent with these decision makers’ conscious beliefs and preferences.

We all deal with ethical challenges. Some of us may be better able to identify the ethical issues and take ethical action more than others. Take the case of Betty Vinson. In 1996, she took a job as a midlevel accountant at WorldCom, a company that had a meltdown caused by an $11 billion financial fraud. Asked by her bosses to make false accounting entries, Vinson balked — and then caved. Over the course of six quarters she continued to make the illegal entries to bolster WorldCom’s profits at the request of her superiors. Each time she worried. Each time she hoped it was the last time. At the end of 18 months she had helped falsify at least $3.7 billion in profits. Her rationalization was that the CFO and higher-level accountants who pressured her must have known the accounting was correct. She deferred to their judgment even though she questioned the entries from the beginning.

At her trial, Vinson admitted “I was very concerned about the order to make the adjustment.” The fact is she was afraid to go against her superiors for fear of losing her job and not being able to support her family. On August 5, 2005, Vinson was sentenced to five months in prison and five months of house arrest for taking part in the telecommunications company’s accounting fraud.

By all accounts, Betty Vinson was a good person who did a bad thing. She played on the high-school tennis team and translated her love of math into an accounting major at Mississippi College. She lived at home and spent the summers working in her father’s typewriter shop. Shortly after she graduated in 1978, she married Tom Vinson, her college sweetheart. The Vinsons moved to a quiet, manicured neighborhood on the outskirts of Jackson, Mississippi. They attended their daughter’s soccer games, took on home-improvement projects and played with Cupcake, their curly-haired mutt. In her spare time, Ms. Vinson taught Sunday school and devoured John Grisham novels.

When she joined WorldCom, it was a small long-distance company on the verge of becoming a star of the Wall Street telecom boom. Vinson developed a reputation for being hardworking and diligent. She was known as a loyal employee who would “do anything you told her,” says a former colleague. Many nights after dinner, she would retreat to her den to work on WorldCom’s books until nearly midnight. On vacations, she squeezed in some work on her laptop.

Vinson was a victim of what Bazerman and Tenbrunsel call bounded awareness. In other words, she placed arbitrary and dysfunctional bounds around her definition of the problem. Much of the reason for her “ethical blindness” came from systemic causes. WorldCom had a culture of getting the stock price up as high as possible. Top management wanted big bonuses and were insistent on meeting or exceeding Wall Street analysts’ financial projections. Superiors exerted immense pressure on Vinson and others to go along with the financial wrongdoing.

The key to ethical action in such situations is to remove the blinders and do what is right upon greater reflection. Vinson’s story is a cautionary tale for good corporate soldiers everywhere who find themselves ordered to do something wrong. Saying that you were “just following orders” is not an excuse for breaking the law. As Vinson’s experience at WorldCom shows, sometimes it’s hard to tell right from wrong in the heat of a workplace battle. And when an employee’s livelihood is on the line, it’s tough to say no to a powerful boss.

Our ethical intentions are put to the test virtually every day as we encounter conflicts in our lives about how we should behave and thoughts of how we want to behave.  We believe it is inappropriate to go along with financial wrongdoing. We predict that we will not go along with it. Yet, something happens to alter the perception and reality. Self-deception allows us to behave self-interestedly while, at the same time, falsely believing that one’s moral principles were upheld. The end result is that the ethical aspects of the decision fade into the background, the moral implications obscured.

This artilce originally appeared on ethicssage