Yes, Virginia, Compliance and Ethics is a Profession

Home 2012 October 31 Yes, Virginia, Compliance and Ethics is a Profession

I am honored to welcome back Donna Boehme for today’s posting. Donna is an internationally recognized authority and practitioner in the field of organizational compliance and ethics, designing and managing compliance and ethics solutions within the U.S. and worldwide. As principal of Compliance Strategists LLC, Donna is the former group compliance and ethics officer for two leading multinationals and currently advises a wide spectrum of private, public, governmental, academic, and nonprofit entities through her NJ-based consulting firm. Follow her on Twitter @DonnaCBoehme. Her bio is here. 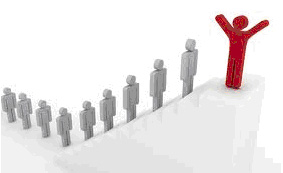 2012 has been a banner year for the chief ethics and compliance officer (CECO). Over the last two decades, compliance and ethics has emerged as a new, vibrant and multifaceted profession. It wasn’t always viewed that way, even by CECOs laboring in the trenches. As a compliance and ethics professional working in the field since its inception, I can recall more than a few handwringing panels at industry conferences on the topic “Is compliance a profession?” (or some variation thereof). Thankfully, we’ve come a long way, baby.

Earlier this month, the Ethics and Compliance Officer Association (ECOA), the first professional trade association for practitioners which many credit with founding the compliance and ethics field in 1991, celebrated its 20th anniversary at its annual conference in St. Louis. A few weeks later in Las Vegas, the Society of Corporate Compliance and Ethics (SCCE), a 3000+ member industry association, welcomed the largest cross-industry gathering of the compliance and ethics community in history, with over 1000 registered attendees from all over the world. And an independent certification board co-founded by the SCCE has certified over 5,000 compliance professionals, and counting. Not too shabby for a position once categorized as a legal “lieutenant” and mere “process integrator” by a well-known advocate for the general counsel community.

The problem with being a new profession is that others who have never worked in it often feel compelled to define and limit it for their own purposes. As SCCE CEO Roy Snell has stated: “If you haven’t been a compliance and ethics professional, you should probably not tell people how the profession should be defined.” At the same time, it is easy for organizations to be confused by the multidisciplinary nature of the new and evolving corporate role. Compliance includes understanding and meeting the expectations of relevant laws, but it is not a legal function. Compliance is built on sound risk assessment, but it is not a subset of risk. Compliance always involves “people issues” but it is not an extension of human resources. Compliance monitors and reports, but does not belong in internal audit. Yet each of these sister functions are valuable partners to compliance with critical roles in the program. Think of the CECO as the quarterback in the “must win” game of compliance and ethics. Former federal prosecutor Michael Volkov has called CECOs the “Person of the Year” and the unsung heroes of the workplace, competing with the many “institutional forces that hold them back from achieving their mission.”

Many new CECOs spend a great deal of their working hours explaining to others in the organization what they do and why they do it, consequently with much less time left over to do the doing. I think Machiavelli said it best:

“[T]here is nothing more difficult to take in hand, more perilous to conduct, or more uncertain in its success, than to take the lead in the introduction of a new order of things. Because the innovator has for enemies all those who have done well under the old conditions, and lukewarm defenders in those who may do well under the new.” (Machiavelli must have known a few early Florentine CECO pioneers.)

CECOs introduce checks and balances into the organization that require those in positions of power to do things differently. As predicted by Machiavelli, this process can be difficult and often perilous. For this reason, the profession has called for independence, empowerment, mandate and seniority to position the CECO, and by extension the overall compliance and ethics program, for success instead of failure. Keith Darcy, ECOA Executive Director, says: “A clear, unfiltered CECO voice in the C-Suite is key to a robust program. Without independence, a CECO is mere window-dressing and false security for the board.”

That call has grown from a whisper to a roar, and has attracted the attention of judges, prosecutors, policymakers, regulators and elected officials. Senior Securities and Exchange Commission officials attending the two annual conferences described above offered robust support to the CECOs in attendance. In Las Vegas, Stephen Cohen, Associate Director of the SEC Division of Enforcement, confirmed his view that “it sends a strong message that compliance and ethics are important if a company includes an independent CECO in the C-Suite” and encouraged boards to provide CECOs with “the necessary resources, independence, standing, and authority to be effective.” In St. Louis, Carlo di Florio, Director of SEC Office of Compliance Inspections and Examinations, said that the SEC will be asking Boards pointed questions about “ethics and culture,” echoing comments he has made earlier this year on the agency’s specific interest in “headcount,” support, and other resources for CECOs and their programs.

CECOs long ago passed the point of wondering if they were a profession and have embraced with courage and resolve the goal of realizing the profession’s potential. After 20 years in the trenches, CECOs and practitioners still have work to do to refine the art and science of detecting and preventing corporate misconduct. How successfully we position our programs, engage boards and add ethical leadership and culture into the equation are our significant ongoing challenges. And we must continue to repel forces that would marginalize the important business of integrity. Yes, Virginia, compliance and ethics is a profession. And one very much worth fighting for, for the next 20 years.

This article originally appeared on corruptioncrimecompliance