Nigeria: Relevance of Ethics and Reputation in Business

Home 2012 November 27 Nigeria: Relevance of Ethics and Reputation in Business

There is a huge connection between business ethics and reputation. Ethical business behaviour such as trust helps build reputation overtime. While public relations is good, it is not a substitute for business reputation earned through good product or many years of providing excellent service, and excellent relationships with customers, suppliers, bankers etc. 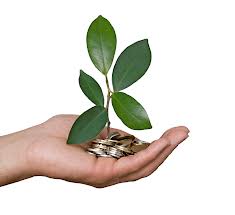 Ethics and reputation are intangible aspects and assets of every business. You either have it or you do not. Though it is intangible, the consequences depending on which side of the coin a business operates, determines either it is a sustainable business or a flash in history.

Many businesses, recognising the long term implications of reputation built overtime, emphasise ethical behaviour. Of course, undoubtedly, no pillar of ethical behaviour is worse than deception and fraud. And as it is often the case, history often bears us out.

So, for many business analysts and people, the recent revelation of the business deal between Cosmas Maduka of Coscharis and Ifeanyi Uba of Capital Oil has once again brought to fore the importance and relevance of ethics and reputation in business.

It is more disturbing from a general business climate perspective because many foreigners who may have seen the shame on television and Youtube could believe all our businessmen cannot be trusted. But the publicity is also helpful because the underlying arguments and lessons drawn from them will have enormous ramifications on how the majority of businesses are conducted in this country.

Viewed against history and from a public relations perspective, the interviews granted by Ifeanyi Uba on this controversy is very disappointing and exposes him to ridicule, as many now view his interview as classic evasiveness, providing support to the saying that “talk is cheap”. Why? Uba failed miserably to recognise that he was fighting for the future of his business. Uba is a CEO of Capital Oil and Gas, a business he started in 2001 but did not commence business until 2007.

Within five years, Capital Oil has become a major player in the downstream oil sector on the back of government licences, guaranteed demand and subsidy to add. The PMS import licensing system has gifted Uba millions without any serious thinking or innovation, and Capital Oil can simply and crudely be regarded as a rent-extracting company, but its an achievement all the same.

However, since 2009 no matter what is fed to the public, the business has been on its kneels, first crippled by the dramatic fall in oil prices during 2008 and 2009 and dealing with debts in 2010 and 2011 and now charged with over invoicing by the government in relation to subsidy in 2012.

Faced with this situation, the last thing Uba needs is a fight with Cosmas Maduka, a man with a higher moral authority than him, with Uba failing to recognise the challenge when he went on a media round. The challenge was for Uba to prove to Nigerians and perhaps other business associates outside this country that its huge success within a short period of time is not due to deception, collusion and outright fraud. He failed to seize the moment, instead engaging in prevarications.

Some have suggested that Dr. Maduka was way too naïve to do business with Ifeanyi Uba. With hindsight, that is now the case, with a bill of N 21 billion to prove. However, a common behaviour amongst matured businessmen is that they begin to invest in others as they migrate from being businessmen to being investors. And for someone with Maduka’s nature, having succeeded growing his businesses despite ups and downs, he feels obliged to assist someone in such circumstances as Uba.

Suffering from a collapse of his business after banks’ foreclosure, Ifeanyi Uba persuaded Maduka he could still build a profitable business if he gets another lifeline. They agreed to import 10 vessels of PMS between May 2011 and October 2011. Maduka will provide the financing while Uba will provide the logistics – since he owns the licence from the Petroleum Products Pricing Regulatory Agency (PPPRA) and the Department for Petroleum Resources (DPR) and the storage facilities.

Capital Oil would sell the products and use its proceeds to offset the loan collected from the bank. He mitigated all identified risks by opening letters of credit, dedication of tank, arranging verification of product delivery and subsequent sales. Maduka claims only six of the total financed ten vessels were delivered whilst the whereabouts of the four and the product still remain a mystery thereby in consequence, the bank loan remains unsettled.

These are damning allegations especially because, by providing guarantee of payment in the letters of credit, the only possibilities are that the vessels were not delivered by the sellers or they were diverted by the shipping firm.

In which way, their innocence in this matter can only be derived through collusion with Uba who should receive the consignments here. So given the opportunity to answer questions on national television, it is disapointing that Uba did not give a good defence of himself on these grave allegations rather, but resulted to name calling and prevarications.

So, in the midst of all the back and forth arguments, there are simple questions Ifeanyi Uba and Capital Oil have not answered. Was there a transaction such as this? How many ships were delivered? If the subsidy payments are the problem, are all the receipts from the petrol sold already in the bank? How were ten letters of credit utilised and only six ships were delivered?

These are the very simple questions Uba has failed to provide answers, rather all we get are statements that seek to evade any form of accountability but blame to everyone else for his predicament except himself. I can hope he realises this as quickly as possible to allow him protect the future of his business