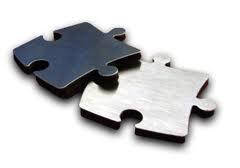 About 47 percent of 92 firms surveyed, including managers of hedge funds, private equity and real estate, would pick EU member Liechtenstein over being supervised by the Bern-based Swiss Financial Market Supervisory Authority, PwC said. The move would allow them earlier access to EU markets under a new regulatory regime for alternative investment managers.

While the EU directive comes into force next year, more than 400 Swiss alternative investment firms may have to wait until at least 2015 before obtaining a “passport” to participate in the EU market. Firms with managers in Switzerland or offshore jurisdictions will get quicker access to the EU if they relocate them to Liechtenstein rather than operate from Switzerland, according to the report.

Almost three-quarters of firms surveyed said they selected Switzerland for proximity to family and friends, while only 39 percent cited corporate taxes as an advantage. In the future, regulatory conditions and the practices of the supervisory authority will be the most important criteria, PwC said.

U.S. Commodity Futures Trading Commission rules were opposed by congressional lawmakers and parts of the derivatives industry for helping exchange-traded futures and threatening the viability of over-the-counter swaps.

GFI Group Inc. (GFIG), a New York-based interdealer broker, and a coalition of trading platforms including one operated by Bloomberg LP told a U.S. House Financial Services subcommittee in testimony for a hearing yesterday that CFTC rules are hurting the swaps market and encouraging a shift to futures. The companies say futures face fewer customer protections and less stringent margin rules.

In addition to GFI and Bloomberg, the Companies Supporting Competitive Derivatives Markets group includes Thomson Reuters Corp. (TRI), ICAP Plc (IAP) and Tradeweb Markets LLC among others, according to the testimony. Bloomberg LP is the parent company of Bloomberg News.

The CFTC and Securities and Exchange Commission are required under the Dodd-Frank Act to complete rules to increase transparency in the swaps market by having trades conducted on exchanges or other so-called swap execution facilities. The agencies missed a July 2011 deadline to complete most of Dodd- Frank regulations, and rules governing swaps-trading are unfinished.

The agencies also faced questions about the international reach of their rules after European and Asian regulators criticized the CFTC’s cross-border guidelines. The CFTC needs to “clarify and limit the scope of cross-border applicability,” Samara Cohen, a Goldman Sachs Group Inc. (GS) managing director, said in testimony submitted to the panel.

CFTC Chairman Gary Gensler said in written testimony that the cross-border reach of some rules is intended to protect taxpayers from overseas risks returning to U.S. markets.

Separately, the SEC is preparing to release a rule on the overseas reach of its regulation of some credit-default and equity swaps. The SEC will conduct an economic analysis of its rules, Robert Cook, the SEC’s director of the division of trading and markets, said in testimony.

Company Insolvencies May Be Publicized Under EU Draft Rules

Creditors and distressed-asset investors may get more insight from proposed European Union rules to publicize information on company insolvencies.

Judges and creditors need to know when insolvency cases in other countries begin to aid decisions on making claims, the European Commission said in the proposal. There is currently no EU requirement to publish decisions on the start of insolvency proceedings and no joint register to search bankruptcies across the 27-nation bloc.

The new EU rules, which need the support of EU governments and the European Parliament before they can be enforced, would clarify which country’s courts will handle cases and would require coordinating insolvencies for company units. The EU said the rules would increase the efficiency of cross-border insolvency proceedings that affect 50,000 companies in the bloc every year.

Courts in other countries would be also able to refuse so- called secondary proceedings if another jurisdiction was handling the case.

The EU also wants to offer bankrupt entrepreneurs a second chance and is encouraging governments to draft laws by 2013 that would result in so-called honest entrepreneurs having their debts discharged within three years after a bankruptcy, it said. Insolvency rules could distinguish between such cases and “dishonest” bankruptcies, where a business failure was caused by fraud or irresponsibility, regulators said.

Community bankers who expect the U.S. Senate to pass a bill today that would extend a program intended to help them retain deposits also believe they will have a tougher time getting the measure though the House.

Facing strong opposition in that Republican-controlled chamber, including from Majority Leader Eric Cantor of Virginia and incoming Financial Services Committee Chairman Jeb Hensarling of Texas, supporters of the Transaction Account Guarantee program may now try to add the extension to fiscal- cliff legislation.

The TAG program guarantees $1.5 trillion in non-interest- bearing accounts above the Federal Deposit Insurance Corp.’s general limit of $250,000. It was created in 2008 and extended in 2010 to provide unlimited backing for the accounts to keep them in community banks. Republicans have labeled TAG a bailout- era program that shouldn’t be extended.

Small businesses, local governments and nonprofit organizations use the transaction accounts for payroll and other recurring expenses.

The FDIC said in a Dec. 4 report that community banks now have sufficient liquidity to manage TAG’s expiration even if the deposits it attracts do migrate to bigger institutions.

Cantor objects to the extension because the program was supposed to be temporary, said his spokesman, Roy Cooper. Majority Leader Harry Reid, a Nevada Democrat, is sponsoring the extension bill in the Senate. He has described it as a “must- do” before the end of the year.

European Union finance ministers agreed to put the European Central Bank in charge of all euro-area lenders in a deal that paves the way for the currency bloc’s firewall fund to provide direct bailouts to banks.

The accord marks a step toward tightening integration of the monetary union to stem the financial crisis that emerged in Greece in 2009. The policy makers’ goal was to break a vicious circle that undermined confidence in Europe’s banks. Issues such as financing, bank resolution and deposit insurance remain, Julian Callow, London-based chief international economist at Barclays Plc, said today on Bloomberg Television.

The new supervisor should be ready by March 1, 2014, with about 200 banks automatically qualifying for direct ECB oversight, EU Financial Services Commissioner Michel Barnier said at 4:30 a.m. today in Brussels after 14 hours of talks. In the interim, the 500 billion-euro ($654 billion) European Stability Mechanism could aid banks directly using its own procedures and asking ECB supervisors to step in, he said.

EU leaders sought common bank oversight to rejuvenate their crisis-management effort. The heads of state and government, who gather in Brussels today for a regular summit, will be looking beyond ECB supervision to other measures needed to break the links between banking woes and sovereign-debt struggles, such as who should pay to stabilize failing banks.

The legal framework for the new supervisor could be in place by the end of February, allowing the ECB a full year to prepare before taking on its new duties. Today’s agreement opens the way for negotiations with the European Parliament. The balance of ECB power has been a key obstacle for finance ministers trying to reach a deal this month on a single supervisor for banks, according to a Dec. 9 opinion from the ECB and the European Commission.

Under today’s agreement, euro-area finance ministers could use the European Stability Mechanism to recapitalize banks directly if they make a unanimous request to the ECB to take over direct oversight of a troubled institution..

A judge at the Frankfurt local court will allow the suspects to comment on the accusations, Guenter Wittig, a spokesman for the Frankfurt General Prosecutor, said by phone. He declined to identify them.

The lender’s German offices were raided yesterday. The lender has said Co-Chief Executive Officer Juergen Fitschen and Stefan Krause, the firm’s chief financial officer, are subjects of a tax probe.

The probe has been pending for more than two years and led to Europe-wide raids in 2010, including at the offices of Deutsche Bank. People at the bank were warned beforehand of the 2010 raids.

GDF Suez SA (GSZ)’s Electrabel unit in Belgium lost a European Union court appeal against a 20 million-euro ($26 million) fine levied for taking over another company years before it sought formal clearance for the deal.

The EU General Court, the bloc’s second-highest tribunal, rejected the appeal by Electrabel in a ruling in Luxembourg yesterday. The decision can be appealed.

The European Commission fined Electrabel in 2009 for notifying the EU’s antitrust regulator more than four years after it took control of French electricity generator Cie. Nationale du Rhone in 2003. Electrabel notified the commission of the deal in 2008 and it was cleared in April of that year.

The Brussels-based commission yesterday said it welcomed the ruling. The court “confirmed that such early implementation constitutes a serious breach of EU merger control law,” the commission said in an e-mailed statement.

The U.S. Securities and Exchange Commission said con man Bernard Madoff’s brokerage customers are entitled to interest payments on cash they deposited in the Ponzi scheme, as inflation adjustments “provide a more accurate calculation of the real-dollar value of the customer’s net investment.”

While faulting the Madoff trustee and the Securities Investor Protection Corp. that hired him for opposing interest payments, the SEC said the court must weigh the costs and benefits of the issue.

“Whether such an adjustment should be made in a given case (or in this case) should be guided by a consideration of the relative costs and benefits of doing so, including the impact of administrative delay and additional cost to the bankruptcy estate, as well as the economic impact on claimants and any settled expectations they may have at the time of determination of their claim,” the regulator said in a Dec. 10 filing in federal court in Manhattan.

Ex-Mizuho Banker Gets 32 Months for Leaking Tips to Girlfriends

Former Mizuho International Plc investment banker Thomas Ammann was sentenced to 32 months in prison for passing inside information about deals he was advising on to two women he was dating.

Ammann, a 39-year-old German national who worked on the Mizuho mergers and acquisitions team advising Canon Inc. (7751) on its takeover of OCE NV, must serve half of the sentence, Judge Anthony Leonard ruled today.

Jessica Mang and Christina Weckwerth were cleared of trading on illegal tips from him after a London trial last month. Ammann pleaded guilty earlier this year to insider trading and encouraging both women to commit insider trading.

Mang and Weckwerth nearly doubled the amount they invested then paid half their profits to Ammann, the U.K. Financial Services Authority said prosecuting the case at a four-week trial. Ammann tried to avoid getting caught by having his girlfriends, who didn’t know the banker was dating them simultaneously, make the trades, the FSA said.

Ammann has a young son with a Chinese woman who has now left the country, leaving his elderly mother to care for the child, Ammann’s lawyer Adrian Darbishire, said, asking the judge for leniency.

Canon, the Tokyo-based maker of cameras and photocopiers, agreed to buy OCE in a 730 million-euro ($952.7 million) deal in November 2009.

U.S. District Judge Stanley Chesler placed Tiger Asia on probation for one year, and said the $16.3 million represents the total illicit gain in the criminal case.

“Tiger Asia regrets the actions for which it accepts responsibility today and is grateful that this matter is now resolved and behind it in the U.S.,” Hwang said in a statement. Hwang, 48, lives in Tenafly, New Jersey.

“It reflects a just resolution of this matter,” Lustberg told the judge. All investor capital has been returned, he said in an interview.

He spoke with Francine Lacqua and Guy Johnson on Bloomberg Television’s “City Central.”