Saving The SEC's Reputation With Compliance

(Dow Jones) The limited role assigned to the SEC’s new compliance chief may unwittingly help the agency’s critics, who have turned up the heat in response to the government’s push for tougher regulations and more effective enforcement. 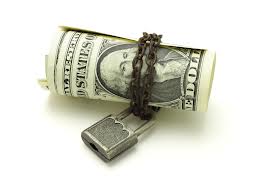 A harsh spotlight is shining these days on the Securities and Exchange Commission, from the decisions made by its top commissioners to the misuse of computers by some agency staff. That attention is only likely to intensify as lawmakers battle over financial regulatory overhaul and as lobbyists try to sway that vote, and if more enforcement cases like the recent lawsuit against Goldman Sachs are filed.

Nonetheless, the just-appointed chief of compliance lacks authority to assess broader risks to the SEC’s reputation and take steps to reduce them with new internal programs. The agency announced on April 1 the appointment of Kathleen M. Griffin, a former senior compliance officer from Putnam Investments, to the new position of chief compliance officer. But, as was previously noted in this column, she is not empowered to conduct the type of oversight that’s typically associated with that title.

Griffin will head a new compliance unit within the SEC’s Office of Ethics Counsel that will monitor securities holdings and transactions by agency employees, the agency said. The role is an outgrowth of an insider trading scandal involving two SEC lawyers.

Empowering Griffith with the broad, independent authority that is often characteristic of an organization’s chief compliance officer, however, could ultimately spare the agency unnecessary public embarrassment over a number of issues that a compliance program could help prevent or minimize.

The pornography flap first came to light in 2008, but resurfaced last week as Senators grapple with more esoteric issues, such as derivatives regulation and a $50 billion fund for the possible winding down of financial institutions that are too big to fail.

Some securities industry professionals say the pornography issue is an easy distraction for lawmakers. Many constituents may not understand complexities of collaterized debt obligations, they say, but they may think twice about trusting an agency whose employees are viewing pornography during work hours on computers bought with taxpayer money.

An agency-wide compliance program could have prevented the problem from growing and becoming a tempting political football, says Joseph Murphy, director of public policy for the Society of Corporate Compliance and Ethics in Minneapolis. He was once the lawyer for the former Bell Atlantic Corp.’s global compliance program.

A chief compliance officer who is empowered to investigate and spot issues can act before violations get out of hand, Murphy says, and swift disciplinary consequences would apply under an agency-wide compliance program, says Murphy. In one case, SEC management recommended a five-day suspension for a supervisor whose computer hard drive “potentially contained child pornography.” The penalty hadn’t been finalized, however, after more than two months, according to an Inspector General’s report.

Lawmakers are also asking questions about circumstances surrounding the SEC’s high-profile fraud case against Goldman Sachs Group Inc. The SEC vote on filing the Goldman charge was 3-2, with the commission’s two Republicans voting “no.” Normally the agency prefers to have unanimous support when bringing enforcement actions, leading some critics to suggest the move was politically motivated.

The SEC’s Inspector General said Friday that he’ll investigate those concerns in response to a request by Rep. Darrell Issa (R., Calif.), the top Republican on the House Oversight Committee.

Chief compliance officers generally wouldn’t be involved in business decisions, such as whether to bring enforcement cases, says Murphy, but they could help prevent other potential embarrassment arising from those decisions, such as conflicts of interest or the appearance of political motivation.

“That’s the person in the room always saying ‘Okay, before we go forward on this, what’s the potential worst that could happen?'”

An SEC spokesman said the agency’s Office of the General Counsel manages organizational compliance. It includes an ethics office, which is responsible for training and counseling employees on ethical responsibilities, and recourse for violations, he said. The SEC’s inspector general supplements those functions through audits and investigations of the agency, he said.

This article originally appeared on fa-mag