Zimbabwe moves to shut down Stanchart for non-compliance

Zimbabwe has threatened to shut down British-owned Standard Chartered Bank and two mining companies that have not complied with its indigenisation laws. 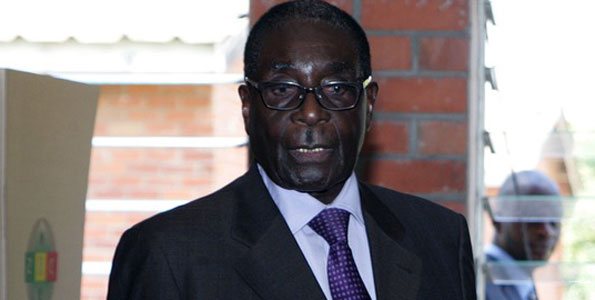 According to state media, the National Indigenisation and Economic Empowerment Board (NIEEB) has told Stanchart as well as foreign owned mining firms, Metallion Gold and Duration Gold that they will be closed down until they became compliant.

The transacting public was also ordered to stop doing business with the companies with immediate effect.

“Persons, businesses and government departments dealing with these companies are by this statement given notice of the intention of government to shut down these businesses until such time that they comply with the law,” the government owned Sunday Mail quoted NIEEB as saying.

President Robert Mugabe’s Zanu PF has been pushing a policy that compels foreign owned companies to cede 51 per cent of their local shareholding to indigenous Zimbabweans.

But the Reserve Bank of Zimbabwe governor Gideon Gono has resisted attempts to force foreign banks to comply with the law saying the sector is too sensitive.

Dr Gono’s stance has angered loyalists of the veteran ruler who say the criticism would harm his re-election bid as Zanu PF intends to use the empowerment programme to anchor its election strategy.

Empowerment minister Saviour Kasukuwere last week said the government was ready to shut down foreign banks that had not complied with the law despite concerns that Zimbabwe is starved of foreign investment.

“It is essential that any institution working in a given space be the one which is accommodative, which is supportive of the aspirations of the nationals,” he said.
“It would be a terrible thing for us to have institutions which oppose our aspirations in this country.”
Mr Kasukuwere said most banks had submitted empowerment plans to his ministry and they were being assessed.
“The banks must comply with our 51 per cent ownership threshold and they have brought their submissions to us,’ he said.
“Barclays Bank has done that while others are in the process of doing so, others have already submitted,” he said.
“Where we think that their submissions do not meet our expectations we have referred back to them to make the necessary corrections.”
Critics say the policy has slowed down foreign investment in Zimbabwe, a country that is recovering from a decade long economic collapse blamed on a violent land reform programme launched by President Mugabe at the turn of the millennium.