Hating the rich comes pretty naturally to a lot of people. And so it’s not surprising that a widely-reported study apparently demonstrating that the rich are less ethical resulted in a combination of glee and eye-rolling proclamations that “we already knew that.”

There’s plenty to say about the study — lots of people (mostly in the comments accompanying various reports on the study) have pointed to what they say are methodological weaknesses related to sample size, how participants were chosen, what kinds of tests are taken as proxies for a lack of ethics, etc.

But if we take as given the conclusion that the rich do behave less ethically (by certain measures) this raises the question of what causes such behaviour on the part of the rich. To their credit, the study’s authors at least gesture at subtlety: “This finding is likely to be a multiply determined effect involving both structural and psychological factors.” But the authors do spend an awful lot of time discussing what they clearly take to be the key causal factor, namely greed. “Greed,” the authors write, “is a robust determinant of unethical behaviour.” 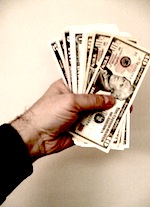 But the role that greed plays is in fact very far from obvious. The citations given by the authors are not entirely compelling, and as I’ve pointed out before, there’s considerable evidence (found primarily in the literature on criminology) that greed is not a key explanatory factor in much wrongdoing. Wrongdoing is more generally explained by the capacity for rationalization, for telling oneself compelling stories about why one’s own behaviour isn’t wrong after all.