Australians are happier and more productive when using their own devices at work but face archaic IT policies that do not offer them any support when they do.

These are the findings of a survey that shows while six in 10 Australians use their own tablets, smartphones and laptops at work only 21 per cent of businesses provide any kind of IT support for them. 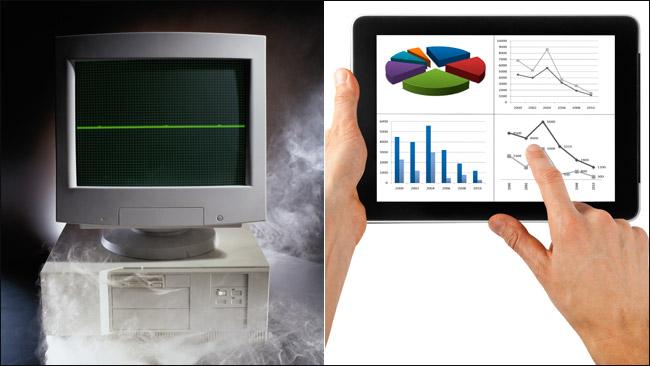 End user technology specialist at VMWare, the company that commissioned the study, David Wakeman told news.com.au the technology we use at home is in many cases more sophisticated than that offered at work.
Workers were merely responding to this change and business needed to catch up.

“At work I come in and it feels like I’m handed a rusty saw and chisel and told to build a sky-scraper,” Mr Wakeman said.

“Back in the day I used to get a much better computing experience at work than the kind I had at home but now the complete opposite is true.”

As well as creating a happier workforce and attracting the best talent he said companies that ignored the use of personal devices were putting their corporate security at risk.

“People are running around with all their documents in locations IT don’t know about.”

Senior analyst at Telsyte Robert Gedda told news.com.au that there are existing technologies businesses can use to address this technology gap.

Using web-based applications that allows users to login meant people could access their work data across any device, while still ensuring the security of company data.

“If it was a standard space you wouldn’t even need to sync the data,” Mr Gedda said.