Want to Build Ethical Culture? Play Up the Middle

Most ethics leaders now cite “building ethical culture” as a major goal of their strategy for program development, and with good reason. Based on data from several National Business Ethics Surveys, the Ethics Resource Center concludes that “ethics risk is most effectively reduced by an enterprise-wide cultural approach to ethics that extends beyond a compliance mentality.” Culture is the game CECOs are looking to play.

Mitigating risk is not the only benefit of a culture strategy. LRN’s HOW Report—a validated, cross-industry survey of over 36,000 employees in 18 countries—found that culture impacts performance and that it can be measured.

According to the global study, organizations with self-governing cultures outperform those with cultures characterized by either “blind obedience” (i.e., a strict command-and-control style) or “informed acquiescence” (i.e., a rules-based, carrot-and-stick approach). The HOW Report also found that high trust levels, well-embedded values, and commitment to a purpose-inspired mission are the key enablers of high performance for self-governing organizations. 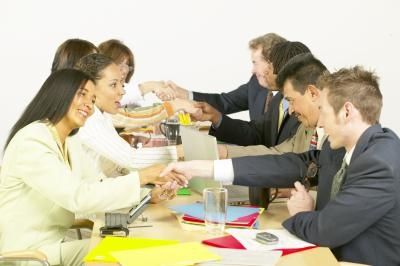 Naming the game is one thing, playing it smart is quite another. Many companies have discovered that good tone at the top, a values-based code of conduct, annual ethics training, a helpline, and other “essentials” of an ethics program are not enough to drive values down into the organization deeply and effect lasting culture change. What’s missing is tone in the middle (TIM), which is shaped by the living example and influential voice of managers. Indeed, when employees are asked who sets the ethical tone for them, most will identify their supervisor, not the CEO or BOD. Surveys show that a majority of misconduct reports are made to managers, while less than 5% are made through the hotline.

More than anything else, frontline management’s consistency in word and deed sets the tone and shapes the ethical culture of an organization. Research by the Corporate Executive Board shows that employees pay close attention to issues of organizational justice; when employees feel they are treated fairly and respectfully and when managers trust them to do what’s right, they are more engaged and productive in their work. Moreover, the work of Albert Bandura in social learning theory as well as more recent behavioral research highlights the importance of role models and “social cues” in the formation of attitudes and choice of behaviors. In short, managers that walk the talk on mission and values make all the difference. That is why it can pay to play up the middle.

Tone in the Middle

How does building TIM work in practice? Program design includes five essentials: shared vision and purpose, ethical leadership education, coaching and tools, metrics, and recognition. Here we touch briefly on each of these while walking through a sample TIM program roll-out.

Creating Shared Vision and Purpose: As part of your buy-in strategy, you want to engage senior management in drafting a charter document—call it an integrity framework—that articulates how the company’s core values are manifested in habitual behaviors. Along with your code of conduct and mission/values statement, the integrity framework will be the foundation for all subsequent TIM activity.

At the launch event (typically a leader workshop), senior executives need to inspire middle managers with a compelling vision of how a stronger ethical culture will contribute to sustained success. The key message is: Culture matters, and leadership on the front line shapes culture. To shape culture, leaders at our company must be guided at every step by our integrity framework.

You can get managers to embrace the message by asking them to share stories of when the company and its people really made good on a core value commitment, despite business pressures. Having the group recall its “proudest moments” does two things: It energizes people, and it creates a common expectation and desire to act in these kinds of ways more often.

A good way to focus your TIM initiative and cascade it effectively is to integrate it with a new code release. At Marsh & McLennan Companies, rewriting and rolling out the corporate code became the occasion for enlisting managers to engage their teams on how and why ethics matters.

The ethics team led by Saira Jesrai first conducted focus groups across the diverse, geographically dispersed organization and found that, among other things, employees overwhelmingly wanted to receive the new code directly from their manager, rather than “in the mail.” Their rationale was both simple and powerful: “We want to know whether our manager takes this code stuff seriously or not.”

Armed with support from senior leadership and an engaging film depicting Marsh managers and employees grappling with risk issues on the job ( go to: Marsh & McLennan Uses Film Talent To Promote ‘The Greater Good …), Jesrai delivered a compelling message and an effective tool to managers, who widely embraced the call to serve as ethics envoys. Manager-led discussions of the award-winning film (which, by the way, did not cost a great deal) brought the new principles-based code alive for employees and created a sense of common identity for a holding company made up of several strong, well-established brands. A very similar approach—also quite successful–was taken by Bausch + Lomb a few years back when they developed and rolled out their global code.

Ethical Leadership Education: Manager education should unpack the integrity framework, focusing on ethical leadership basics that teach managers to model desired behaviors, encourage a “speak up” climate and ethical reflection among employees, and deal openly and frankly with ethics issues as they arise in the workplace. Along with self-assessment and peer coaching, scenario-based discussions and role-play exercises are effective means of developing ethical leadership skills.

Coaching and Tools: Managers at every level also need coaching on how to engage their teams around mission and values as well as on how to conduct ethics training sessions. Help managers size up their audience, clarify their objectives, and choose the right teaching approach. Along with coaching, be sure to provide toolkits—meetings in a box—to help them meet their commitment.

Ethical Performance Metrics: As with other performance measures, TIM metrics play a vital role in tracking progress and holding individuals accountable. Clear, actionable benchmarks are particularly helpful for managers who are prone to minimizing or even ignoring the mandate to take an active role in strengthening ethical culture.

For example, all managers might be required to communicate specific ethics/integrity messages to their group four times per year, engage them in two interactive sessions annually, and participate in at least one values-based leadership learning event. On a quarterly basis, managers would report their TIM activities to their manager and the ethics office, which would incorporate these benchmarks in an annual report to the Board and senior management.

Recognizing Excellence: What’s the best way to recognize ethical performance? Some argue that ethics/integrity KPIs are a sine qua non for an effective TIM program. How else do you get managers to devote precious time and resources to ethics training given other priorities? If metrics aren’t tied to KPIs and bonus dollars, they’ll drop out of the picture.

Others argue against tying ethical performance to remuneration. While senior leaders can and should make the case for building ethical culture in ways that help managers see its business value, what’s really at stake here is the authenticity of a company’s ethical culture. Good companies make it clear from the first hiring discussion onward that upholding high ethical standards is expected of every employee and that all managers have a special duty to set the right tone and lead by example, because that is the character of the company. Moreover, a reliance on KPIs and bonuses to incentivize integrity performance can undermine the intrinsic motivation to do the right thing.

Absent financial incentives, how is ethical performance to be recognized and rewarded? Both managers and non-supervisory personnel ought to be publicly recognized when they champion ethics within the organization and demonstrate an inspiring commitment to core values. Whenever employees act in an exemplary fashion to uphold ethical principles in the face of counter pressures, or make good on the mission despite major obstacles, you should celebrate their achievements. Rightly told, hero tales are a powerful tool; you cannot tell enough of them.

Earning the respect and esteem of others is a powerful motivator, as is the desire to be part of and contribute meaningfully to something larger than oneself. You can leverage these non-material incentives when enlisting managers to become moral exemplars and ethics envoys.

Marsh, Bausch, and other companies have discovered that playing up the middle is, well, a good play. A TIM strategy builds ethical culture, which can be the key not only to mitigating risks but also enhancing reputation and performance.

Ted Nunez, Ph.D., a consultant and expert in the areas of corporate compliance and ethics, is Principal at Nunez CSR Advisory. He has conducted program/risk/culture assessments, written codes of conduct, and developed ethics training and communication programs for many private and public sector organizations. His article on “The Role of Ethics Training in Building Ethical Culture” appeared in the October 2010 issue of Compliance & Ethics Professional.